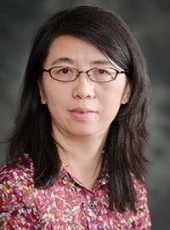 Diabetes is caused by either the loss of the insulin producing beta cells in the pancreas, leading to a deficiency of insulin (type 1 diabetes), or insulin resistance, reduced insulin sensitivity, and reduced insulin secretion (type 2 diabetes). In both types of diabetes, the patients develop serious secondary complications, such as microvascular complications, oxidative stress and endothelial dysfunction, cardiovascular disease, and kidney failure.

MicroRNAs (miRNAs) are newly discovered, 21-24nt in size, non-coding RNAs. miRNAs negatively regulate the expression of protein-coding genes by binding to the 3'-untranslated region (3'-UTR) of specific targeted gene transcripts (mRNAs). Each miRNA regulates the expression of hundreds of target genes. One mRNA can be targeted by multiple miRNAs. An emerging body of evidence suggests that miRNAs play a central role in many physiological processes and human diseases, such as cancer, neurodegeneration, cardiovascular disease, and diabetes.

Our laboratory is focused on the function of miRNAs in control of insulin production and secretion in pancreatic beta cells. We have successfully developed a high-throughput miRNA array technology for the study of miRNAs in human and mouse tissues. Using this technology, we have screened out many glucose-regulated miRNAs in beta cells and identified the miRNAs that regulates insulin production and secretion. We believe that the understanding of the fine-tuning interplay between miRNAs and their target genes will be beneficial in developing new approaches to restore insulin production and secretion from beta cells. In addition, we are interested in identification and characterization of type-2 diabetes-associated miRNAs by high-throughput profiling of miRNA expressions using a diabetic mouse model. The ultimate objective is to identify key miRNAs as diagnostic biomarkers for diabetes and develop novel miRNA drugs for the therapeutic treatment of diabetes.