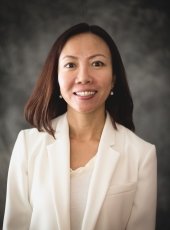 Professor Ge Wang earned her PhD at Michigan Technological University in 2002, having received a BS and MS in China in 1992 and 1995. In 2004, she joined the University of Science and Technology Beijing (UTSB) as an associate professor and was promoted to professor in 2006 and doctoral supervisor in 2008. While at USTB her positions have been director of the International Office, assistant president, and vice president for international cooperation and graduate studies. She currently is the director of the Beijing Key Lab of Function Materials for Molecule and Structure Construction and chair professor of Materials Science, School of Materials Science and Engineering.

Dr. Wang’s research interests include the composition and architectural design of a series of functional composites with the goal of improving the efficiency of energy utilization and resource consumption. Applications include energy conversion and storage, primarily through the design and synthesis of nanostructured materials for solving critical issues in solar cell production, green catalysis and new energy storage systems. She examines catalysts for carbon dioxide reduction and explores energy storage materials. Dr. Wang’s lab brings together expertise in materials science, catalysis, electrochemistry and physics to address the many challenges that emerge in the field of energy.

Dr. Wang has been responsible for many research projects sponsored by China’s National Key Research and Development Program, 863 Program, and the National Natural Science Foundation. She has published more than 120 SCI papers in a variety of journals, including ACS Nano, Nano Energy, Advanced Energy Materials, some of which were reviewed and recognized by Professor Robert H. Grubbs, a Nobel laureate in Chemistry. She has received 51 national invention patents and second prize in the Beijing Science and Technology Awards in 2011. In 2012, she accepted a special chaired professorship endowed by the Chang Jiang Scholars Program of the Ministry of Education. In 2013 she was elected to enter the National Hundred, Thousand and Ten Thousand Talents Projects and awarded the title of National Young Expert with Outstanding Contributions. In 2016, she won the Natural Science Award first prize for Outstanding Achievements in scientific research at a university. Ge Wang is married to Tong Zhang, who also earned his MS degree from MTU, and they have a daughter who was born in Houghton.

Excerpted from the 2018 College of Sciences and Arts Academy induction ceremony program.