Q: What happens when we attach a very heavy weight to a wire at relatively low temperature?
A: The wire snaps right away!

Q: What happens when we hang a lighter weight from the wire at a higher temperature?
A: At first, seemingly nothing—the weight just hangs there. Or does it? Under some circumstances, we may return several hours (…or several days… or several weeks…) later and find that the weight has gradually stretched the wire.

This deformation at elevated temperature under constant load is called creep. It depends on the wire material and the temperature of the room. Let's explore creep in more detail, and then look at the results of a real creep experiment. We will look at a fractured wire too!

Theory: Effect of Temperature on Deformation

When we hang our weight on the wire at a low homologous temperature (Tabs/TMPabs < 0.4), the wire elongates. If that weight is relatively small, the wire stretches just a little. As soon as we remove it, the wire returns to its original length. This is an example of a reversible deformation, or an elastic deformation, like a spring.

When we hang a medium weight on the wire at low Tabs/TMPabs, it stretches more than before. When we remove the weight, it does not return to its original length. This permanent stretching of the wire is known as plastic deformation. If the weight is too heavy, the wire fractures.

If we raise the temperature so that Tabs/TMPabs > 0.4, and hang a weight on it that does not noticeably stretch the wire, it may initially appear that we have only elastically deformed the wire. At temperatures above about Tabs/TMPabs = 0.4, however, atoms begin to move about in the solid at significant rates. This atomic movement can lead to time dependent stretching of the wire under a load even when the weight is very small. If we observe the length of the wire over a long time (hours, days, or weeks), we notice that the wire very slowly elongating. This time dependent elongation of the wire is called creep.

Application: Why is Creep Deformation Important? 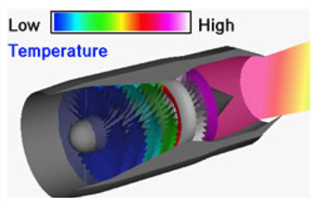 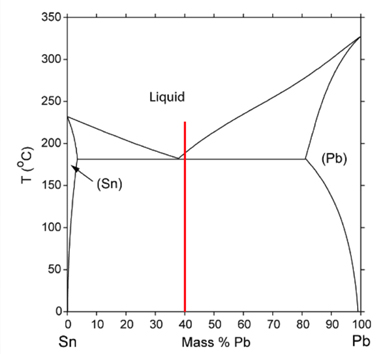 To determine the homologous temperature at room temperature (25°C), the calculation is as follows:

If we hang a small weight (4.8 kg = 10.6 lb) on a long 1/8” diameter wire made of 60/40 solder, at first we will not notice significant elongation. This load is well below that required to plastically deform the material rapidly, and only a very small amount of elastic elongation has occurred. The video below shows the experiment. (See a screenshot.) An indicator bar is attached to the bottom of the weight. A centimeter scale is shown in the background so that we can monitor the elongation of the wire over time. 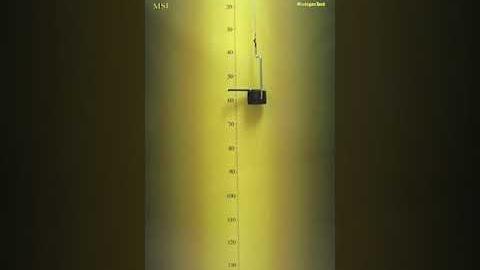 The wire length increases by about 110 cm over the course of about 90 hours.

The video is a 36 second timelapse of the procedure.

Description: The graph shows the increase in length over time.

The wire length increases by about 110 cm over the course of about 90 hours.

The video is a 36 second timelapse of the plot.

The load applied to the wire (4.8 kg) is only about one tenth of the load required to get immediate plastic deformation. The experiment shows, however, that there is slow, continuous deformation (creep deformation) over a period of several days. The graph below shows a plot of the wire length versus time during the creep test. The wire is initially 30 cm long, but after more than 90 hours, it has stretched to around 140 cm.

Many complex processes are taking place inside the solder alloy during the creep test. The deformation observed is a result of the simultaneous application of a load (the 4.8 kg weight) and the atomic movement inside the alloy at elevated temperature. (In this case room temperature is an “elevated” temperature.) A creep curve such as the one shown above is often divided into three portions:

When materials scientists study creep of metals and alloys, much more sophisticated experiments are usually conducted. The alloys are precisely machined into test specimens, the testing temperature is fully controlled, and the elongation of the material is recorded in detail. In addition, the samples are usually analyzed before and after creep testing to better understand the relationship between creep deformation and the internal structure of the material.

This solder wire eventually fails by ductile fracture after a period of tertiary creep. This ductile fracture results from cavities that form inside the alloy as a result of creep deformation and atomic motion. The image sequence below shows the fracture surface of the solder at different zoom scales. The images were taken using a scanning electron microscope (SEM). Evidence of the internal cavities that formed and grew during tertiary creep can be seen in the final fracture. When the cavities get large enough, the material between them stretches out like saltwater taffy.

The creep experiment demonstrates the impact of the operational environment on a material's properties. This information is critical for assessing a component's service performance and for predicting whether a part will fail prematurely.