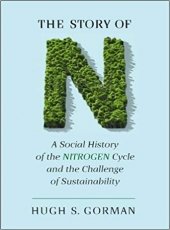 The Story of N

In The Story of N, Hugh S. Gorman analyzes the notion of sustainability from a fresh perspective—the integration of human activities with the biogeochemical cycling of nitrogen—and provides a supportive alternative to studying sustainability through the lens of climate change and the cycling of carbon. 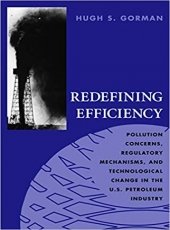 Today, pollution control regulations define how complex technological systems interact with natural ecosystems and competing human uses of the environment. Redefining Efficiency examines the evolution of this industrial ecology in the United States by tracing numerous pollution concerns associated with the production, transportation, and refining of petroleum over the course of the twentieth century. 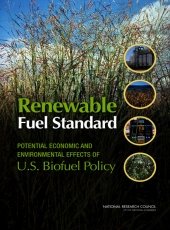 Renewable Fuel Standard evaluates the economic and environmental consequences of increasing biofuels production as a result of Renewable Fuels Standard, as amended by EISA (RFS2). The report describes biofuels produced in 2010 and those projected to be produced and consumed by 2022, reviews model projections and other estimates of the relative impact on the prices of land, and discusses the potential environmental harm and benefits of biofuels production and the barriers to achieving the RFS2 consumption mandate. 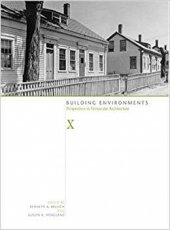 Building Environments: Perspectives in Vernacular Architecture is a collection of the best papers presented at recent annual meetings of the Vernacular Architecture Forum. The editors assert that there is no single correct avenue to exploring our built environment. Rather, these essays provide a road map of the various paths of architectural inquiry, illustrating how expansive and interdisciplinary this research quest can and should be. 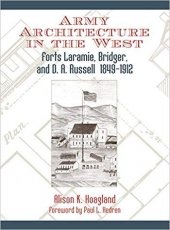 Army Architecture in the West

In Army Architecture in the West, Alison K. Hoagland dispels the myth that all western forts were uniform structures of military might churned out according to a master set of plans authorized by army officials in Washington, D.C. Instead, by examining three exemplary Wyoming forts, Hoagland reveals that widely varying architectural designs were used to construct western forts. 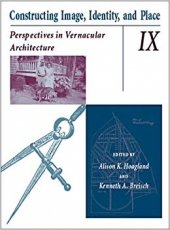 Although vernacular architecture scholarship has expanded beyond its core fascination with common buildings and places, its attention remains fixed on the social function of building. Consistent with this expansion of interests, Constructing Image, Identity, and Place includes essays on a wide variety of American building types and landscapes drawn from a broad geographic and chronological spectrum.

Buildings of Alaska traces Alaska's architecture from the earliest dwellings made of sod, whalebone, and driftwood to the glass and metal skyscrapers of modern-day Anchorage. Focusing on the various cultural traditions that have helped shape Alaska's architecture, the volume also explores how the state's buildings reflect the attempts of Alaskans to adapt to the unique conditions of their environment. 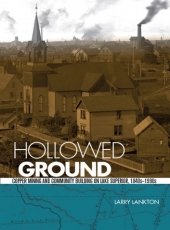 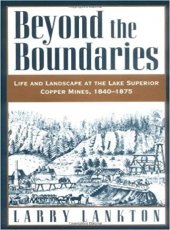 Spanning the years 1840-1875, Beyond the Boundaries focuses on the settlement of Upper Michigan's Keweenaw Peninsula, telling the story of reluctant pioneers who attempted to establish a decent measure of comfort, control, and security in what was in many ways a hostile environment. 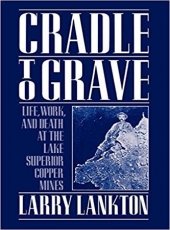 Concentrating on technology, economics, labor, and social history, Cradle to Grave documents the full life cycle of one of America's great mineral ranges from the 1840s to the 1960s. Lankton examines the workers' world underground, but is equally concerned with the mining communities on the surface. 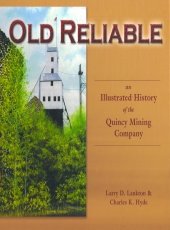 The Quincy Mining Company earned the name Old Reliable for its remarkable record of uninterrupted dividends extending from 1867 to 1920. This book covers the history of the mine from its very beginning in 1846 through 1977. 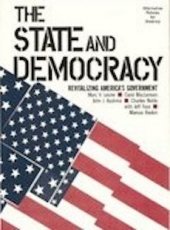 The State and Democracy

Corporate domination of public policy during the Reagan years has resulted not only in increasing inequality and deteriorating living standards for millions of Americans, but in a diminution in the capacity of government to solve basic problems that are not amenable to market-oriented solutions. The authors of The State and Democracy propose a new public philosophy for America: one which comprises communitarian values; governments at all levels which actively pursue the public interest; a participatory political culture; and a democratic, accountable process of public choice. Because of the authors' extensive experience both inside and outside government, they offer a fresh, interdisciplinary perspective based not only on extensive research and study, but also on first-hand experience. 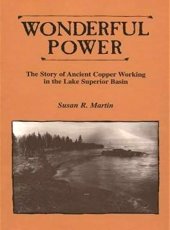 Long before the arrival of European settlers, Native Americans in the Lake Superior basin mined and worked copper and traded it well beyond the region. They directed white settlers to copper lodes and explained the mineral's significance and "wonderful power." Wonderful Power examines the archaeological record to relate the story of that unique industry. 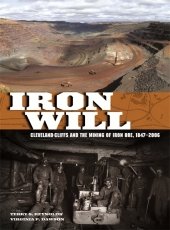 In Iron Will: Cleveland-Cliffs and the Mining of Iron Ore, 1847–2006, Terry S. Reynolds and Virginia P. Dawson tell the story of Cleveland-Cliffs, the only surviving independent American iron mining company, now known as Cliffs Natural Resources. Headquartered in Cleveland, Ohio, Cleveland-Cliffs played a major role in the opening and development of the Lake Superior mining district and Michigan’s Upper Peninsula. 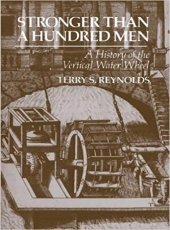 Stronger Than a Hundred Men

Stronger than a Hundred Men explores the development of the vertical water wheel from its invention in ancient times through its eventual demise as a source of power during the Industrial Revolution. 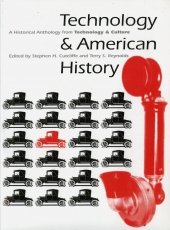 Technology & American History explores the technological dimension of American life from the birth of American industry in the late eighteenth century to the massive industrial systems of the late twentieth century. 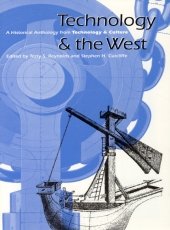 This broad-ranging anthology provides a condensed overview of technology in Western civilization. Its twenty-one carefully selected articles and overview essays demonstrate the complex relationship between technological and social change from antiquity to the present. 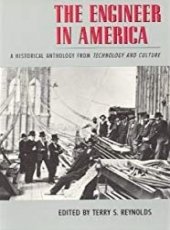 The Engineer in America

With some two million practitioners, engineers form one of America's largest professional groups; indeed, it is the single largest occupation of American males today. The rise of this profession and its place in American society provide the focus for this anthology. 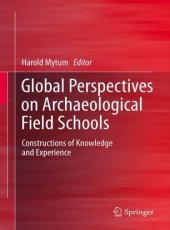 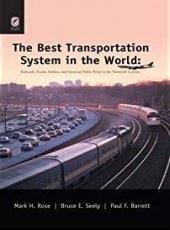 The Best Transportation System in the World

"This important book argues persuasively that it was history and politics, not markets and competition, that determined public policy toward transportation from 1920–1980. Skillfully pulling together the histories of the various modes of transportation, the book makes the case that politics was more significant even than technical expertise—invariably, the work of experts was bested by politics." — William H. Becker, George Washington University 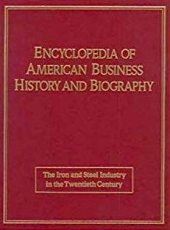 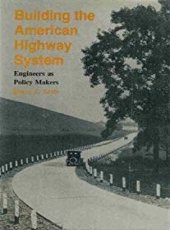 Interesting and well-written, this book examines the highway policy developed over the first half of the twentieth century in a study which traces in detail the growth of public roads through the establishment of the Interstate network. 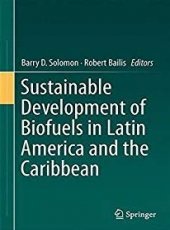 Sustainable Development of Biofuels in Latin America and the Caribbean

This book examines recent developments in Latin American biofuel production. Taking “sustainable development” as a central theme, each chapter considers one country in the region and explores how biofuel production is evolving given concerns about food sovereignty, trade and other social issues. 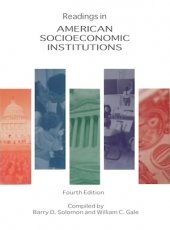 Readings in American Socioeconomic Institutions is a custom-published textbook by the instructor for UN 2002: Institutions, a new general education course begun in the fall of 2000 at Michigan Technological University. The course and book were designed for sophomore and advanced freshmen students, and was required for all students at the time. 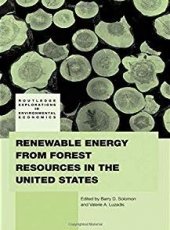 Renewable Energy from Forest Resources in the United States

Interest in biomass energy resources from forests, farms and other sources has been rapidly increasing in recent years because of growing concern with reducing carbon dioxide emissions and developing alternatives to increasingly scarce, expensive and insecure oil supplies. The uniqueness of this book is its coverage of biomass energy markets in the US from an economic as well as technical perspective. 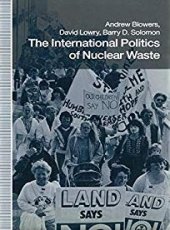 The International Politics of Nuclear Waste 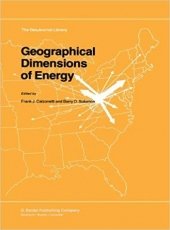 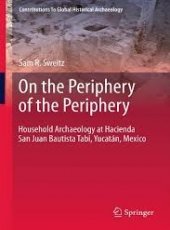 This volume examines the social and economic changes that characterized Yucatán, Mexico, circa the late 18th through early 19th centuries, as the region became increasingly articulated within global networks of exchange.