The Bhakta Rath Research Award, established in 2010 by an endowment from Dr. Bhakta B. Rath and his wife, Sushama Rath, offers an opportunity to promote and reward excellence in scientific and engineering research in the field of physical and natural sciences and engineering. 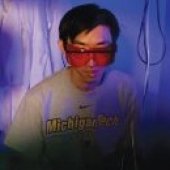 The DeVlieg Foundation has generously provided support for graduate students pursuing research in engineering, wildlife, and biology at Michigan Tech.

Each semester, the Graduate School anticipates awarding Finishing Fellowships that provide support to PhD candidates who are close to completing their degrees. These fellowships are available through the generosity of alumni and friends of the University. They are intended to recognize outstanding PhD candidates who are in need of financial support to finish their degrees and are also contributing to the attainment of goals outlined in the Michigan Tech Plan.

Nominated by their academic school or department, students receiving this award have exhibited exceptional ability as a teacher and have received excellent evaluations from students.