College of Sciences and Arts Academy

Many of our alumni have been honored with induction into the College of Sciences and Arts Academy.

Awarded for significant contributions to the success of the Alumni Association and/or University. 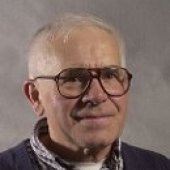 Michigan Technological University Presidential Council of Alumnae (PCA) members are recognized for personal and professional achievements in all facets of life, including education and career excellence and community involvement and volunteerism as a Michigan Tech student or alumna. Members meet annually on campus for activities that support the University’s strategic plan and specifically focus on engaging the campus community to educate, influence, and inspire the Women of Michigan Tech.

Awarded annually by the American Physical Society to recognize and honor outstanding achievement in teaching, sustaining, and enhancing an advanced undergraduate laboratory course or courses at U.S. institutions.