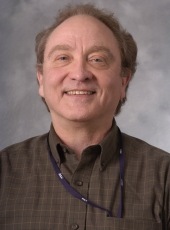 Dr. Cornilsen's research group is investigating structure in the solid state. This structure is of basic scientific and practical import. For example, the properties of semiconductors, heterogeneous catalysts, and battery electrodes depend on the molecular or crystallographic structure and bonding as well as the point defect structure. The nonstoichiometry and dopant content controls the latter, which in turn controls the electrical conductivity and proton transport. A nonstoichiometric structural model for the nickel electrode has been developed to describe structural changes occurring during charge and discharge cycling. We are interested in the subtle point defect structure and the lattice structure, including how point defects are accommodated. Basic to these studies is the preparation of high purity materials and precisely doped materials, as well as their careful characterization.

Current research includes in situ laser Raman spectroscopic measurements of battery electrodes during cycling, quantitative mineral analysis, and of sol-gel process kinetics (used to prepare glasses and catalysts). We have pioneered the use of Raman spectroscopy to characterize nonstoichiometry and point defects in oxides, including Ni1-xO, BaTiO3-x, NixOOH and PrOx. Photoacoustic IR spectroscopy is being used to study powder surface properties which influence water adsorption and catalytic properties. X-ray absorption spectroscopy is also being used to study bond distances, oxidation state and coordination number of cations.

The structure of nickel electrode materials, used in Ni-Cd and Ni-H2 batteries is being correlated with electrochemical properties so that the latter can be optimized. Structural changes and phases have been found which were not discernible using other structural techniques, such as x-ray diffraction. Two phases have been identified which lead to battery failure, one of which has been traditionally thought a discharge product.