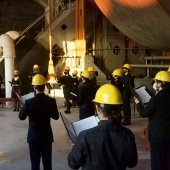 Participation in conScience (pronounced conscience) provides opportunities for students to explore and perform music written for small choir. Repertoire from varied styles and time periods (from antiquity to the present) will be prepared and presented in formal and informal performance settings. The choir performs locally and also tours in the U.S. and internationally.  In Spring 2021, conScience performed and recorded in three local places of worship.  The recordings are highlighted in the project Music in Sacred Spaces.

Participation in the Chamber Choir provides opportunities for students to explore and perform music written for small choir. Repertoire from varied styles and time periods (from antiquity to the present) will be prepared and presented in formal and informal performance settings. Audition required. 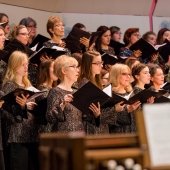 The Michigan Tech Concert Choir is a select ensemble of students and community singers studying and performing choral literature ranging from Gregorian Chant to Renaissance motets, masses and madrigals to fascinating new works by living composers. Students perform not only on campus, but also in the community and, at times, have the opportunity to tour throughout the world. The Choir gives performances of traditional and new choral literature and appears regularly with the Keweenaw Symphony Orchestra. Non-audition singing opportunities are also available in Group Voice Class (MUS 1580).

In 1980, a group of sixteen talented and devoted singers came together under the leadership of Milton Olsson to form the Michigan Tech Chamber Chorus with the aim of providing opportunities for its members to pursue the study and performance of literature for small chorus. The Chamber Chorus was an instant success on campus and in the community, and it grew steadily in size and in its mastery of the choral art. By 1990 the ensemble boasted a regular membership of over fifty voices, and in 1997, when the membership exceeded seventy, the members renamed the ensemble the Michigan Tech Concert Choir.

International touring is an important part of the Michigan Tech Concert Choir experience. The ensemble's first tour was to Mexico City for performances with the Orquesta de Cámara de Bellas Artes in 1990. In 1993, the Chorus toured Central Europe, giving concerts with professional orchestras in Prague, Brno, Krakow, Budapest, and Opava, and 1996 saw a return to Central Europe with concerts in Prague, Brno, Budapest, and Vienna. The 1999 Eastern European Tour took the choir to Kiev, the Baltic States, and St. Petersburg, and the 2002 Brazilian Tour featured concerts in Ouro Preto, Belo Horizonte, Petropolis, Rio de Janeiro, Sao Paulo, Salvador, and Manaus. The 2006 China Tour featured performances in Beijing, Harbin, Xian, Guilin, and Shanghai. In 2013, the choir toured the Balkans with concerts in Montenegro, Bosnia, Croatia, and Slovenia. In May 2017 the choir toured to South Africa performing concerts in Pretoria, Soweto, Johannesburg, and Cape Town.

A select ensemble made up of student and community singers studying and performing traditional choral literature ranging from chant to avant-garde compositions. Activities include campus and community performances and occasional international tours. Audition required. 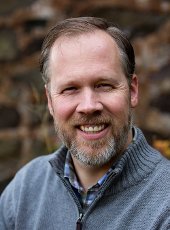