Gain real world experience in the recording industry. Promote and collaborate with the local music scene. Record, mixing, master, and even print and promote an album. Join Above the Bridge!

Alpha Psi Omega is a national theatre honor society focused on the stimulation of theatrical activities and growth of dramatic activities throughout all education. Nationally, Alpha Psi Omega was started in 1925 at Fairmont State College in Fairmont, West Virginia. Members of the cast can be seen on stage and behind the scenes in Tech Theatre productions involved in projects beyond the classroom to promote theatre in the surrounding area, selling flowers for cast and crew, participating in events throughout the year such as the Houghton City Downtown Victorian Christmas Walk, Quincy Mine Association Haunted Mine Tour, Homecoming activities, workshops, and the occasional flash mob. 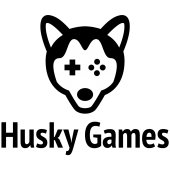 The mission of Husky Game Development is to design and develop games for business, education, and fun. We work as an interdisciplinary, student-run enterprise that fosters productivity and creativity. Students interested in being a Sound Designer can look forward to gaining experience in field recording, music composition, dialogue editing, and audio middleware such as Wwise. 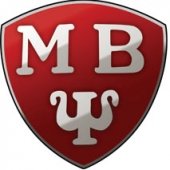 Mu Beta Psi, a National Honorary Musical Fraternity, is the gender-inclusive music service organization on campus. Our main goal is to promote music to its proper place as an educational subject. We actively serve both the campus and local communities by ushering visual and performing arts events, ushering at Club Indigo at the Calumet Theatre, supporting the Huskies Pep Band and other musical ensembles, providing an annual music scholarship, along with other endeavors.

Sound and Lighting Services is a student-run production company on the campus of Michigan Technological University. We fulfill the technical lighting and audio requirements for many of the shows on campus, including shows in the MUB and SDC. 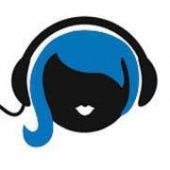 SoundGirls at Michigan Tech is a supportive, all-inclusive student organization, that reflects a positive image of both Michigan Technological University and the international organization SoundGirls. This student organization works to inspire and empower young women and girls to enter the world of professional audio and music production by offering support, career development, and tools to help those interested in the field to prepare for their future careers.

The Michigan Tech student chapter of the United States Institute of Theater Technology (USITT) exists as a place for students who care about theater and entertainment industry technology to find different and exciting opportunities to explore that field. Made up largely of students majoring in the Visual and Performing Arts, we seek to challenge our members with projects and events that aren't in the normal curriculum and provide ways for them to pursue what they're passionate about in their learning.

WMTU was established to provide Michigan Technological University and the community with an alternative to ordinary commercial radio programming and provide a source of educational programming; provide students with an opportunity to participate in the operation of a radio station.