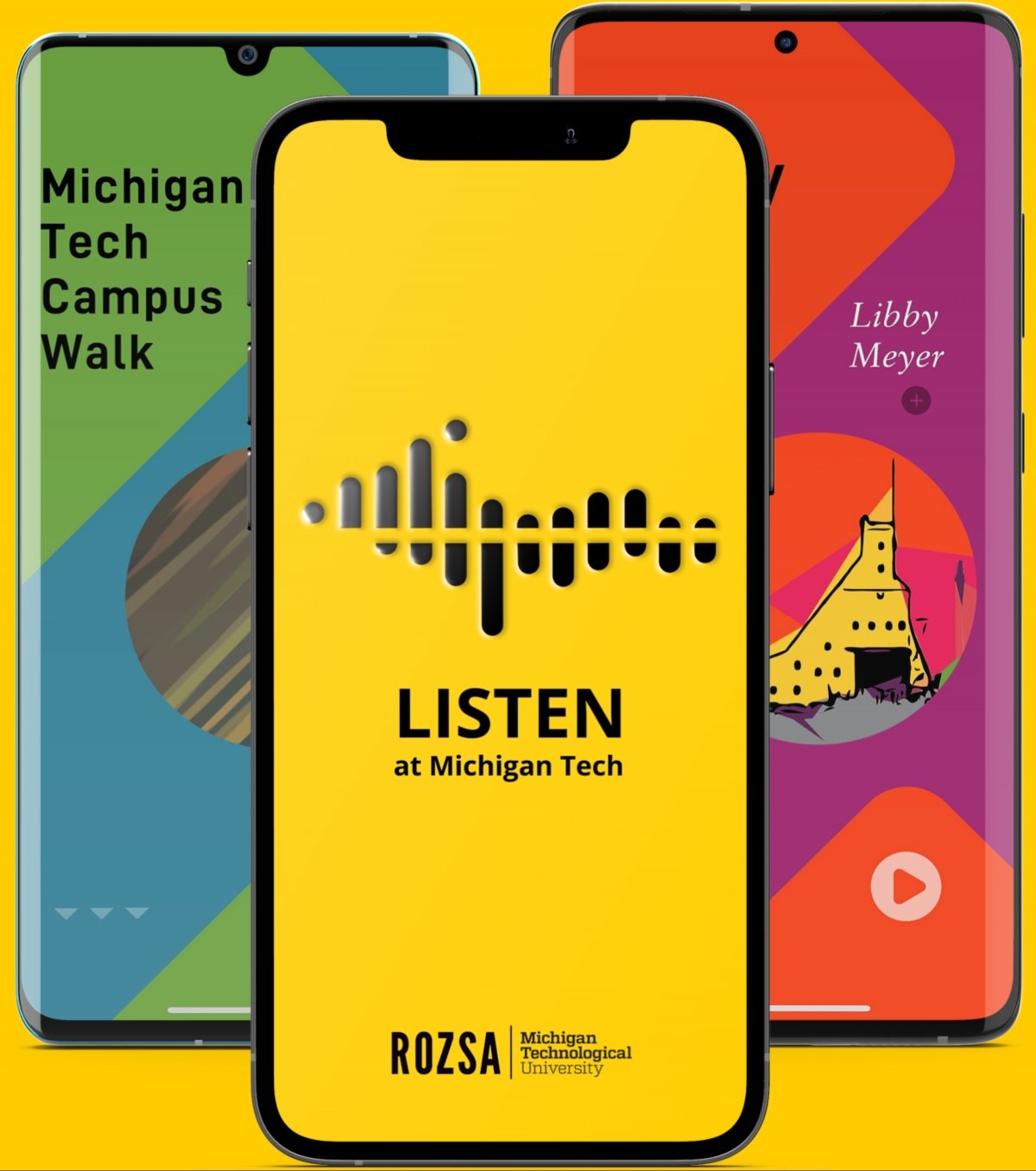 Us, too. So we made LISTEN at Michigan Tech.

Inspired by the Copper Country's beauty, composers created soundtracks for the Quincy Mine grounds, Houghton Waterfront Trail, and Michigan Tech Campus. Using location-aware tech, this app lets you listen to the music as the composers intended - evolving as you explore the Keweenaw!

Not your typical music app.

Created for those who love being outside during Copper Country summers and falls, the LISTEN at Michigan Tech app is only available July 4 - October 9. Each summer, we add a new immersive experience with music that evolves as you travel through each LISTEN App Location. There are even a few "Easter eggs" that you can only hear at the time of day and place that inspired it!

“We know people don't want to be trapped inside in the summer, so we’re proud to bring original music and cutting-edge technology into the Keweenaw's beautiful outdoors. 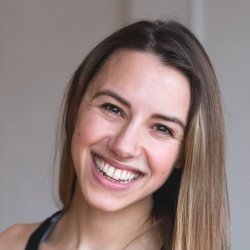 Mary Jennings
Director of the Rozsa

Headphones and a mobile device are all you need.

Once you've downloaded the free app for your Apple or Android device, all you have to do is:

1. Head to a LISTEN location
2. Put on your headphones
3. Press play
4. Start exploring 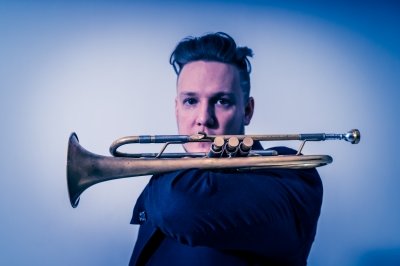 Adam Meckler is a trumpet player, composer, and educator living in the Upper Peninsula of Michigan, where he is the Director of Jazz Studies at Michigan Technological University. Meckler is an Edwards Instrument Co. Performing Artist and Clinician and leads the award-winning Adam Meckler Orchestra (AMO), an 18-piece big band that plays his original compositions. The AMO’s debut album When the Clouds Look Like This was listed among 2014’s Best Jazz Releases by iTunes. Adam tours and records with The Hornheads (Prince), Youngblood Brass Band, Cory Wong, Dave Koz, and many others. His latest release with The Adam Meckler Orchestra, Music for the Water Walkway, is available via Shifting Paradigm Records and is on all streaming platforms now.

It was easy for new music composer Libby Meyer to be enthusiastic about composing for the site central to America’s copper mining efforts from 1846 to 1945.

I tried to imagine the trail when the buildings were new and in use and hear the voices and songs of the people who worked there. 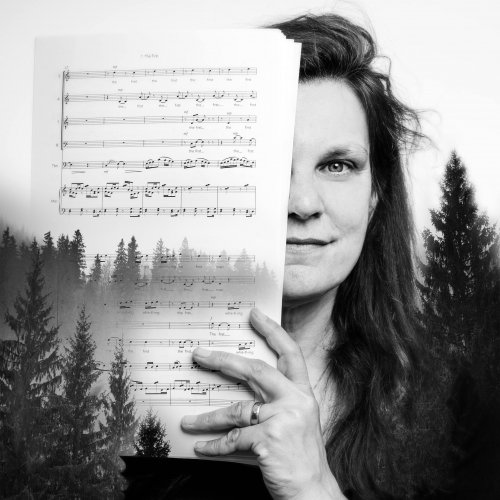 Meyer said she also enjoyed working on a blended medium: “I was definitely excited to work on a project that blended art, technology, and in this case, history. The idea of bringing these spaces alive and allowing people to experience them in new ways through music and technology is really inspiring.”

Her music, including chamber, orchestral, choral, wind symphony, film, dance, and theater, has been commissioned and performed throughout the United States.

Libby has served as Composer-in-Residence at Isle Royale National Park and the Visby International Center for Composers (Sweden). She has received awards from the National Endowment for the Arts, The Jackson Center for Teaching and Learning, The Michigan Tech Research Excellence Fund, The Michigan Council for Arts and Cultural Affairs, The Sorel Foundation, and The American Composers Forum.

Recent projects include a new score for the 1925 film The Red Kimona, released by Kino Films in November of 2018, and Lakescape, commissioned by the Keweenaw Symphony (funded by the National Endowment for the Arts) in honor of the 100th anniversary of the National Park Service, and the release of her new album on Albany Records, To What Listens.

Libby holds a DMA in Music Composition from Northwestern University and is a Lecturer in Music Theory/Composition at Michigan Tech University. Find recordings of Libby’s music on her website.

Audiopharmacy is not just a musical collaboration, it’s a way of being rooted in creativity, a passion for raising the vibrations, respectful cultural-exchange, and a deep love for the healing of our planet. A multi-cultural community of creatives with its current touring members having Native American, Black, Pilipinx, Fijian-Indian, Mexican, Brazilian, European, and Chinese Tibetan Buddhist roots, the eclectic hip-hop ensemble intricately weaves together artistic and cultural inspiration and wisdom from all corners of the Earth. Audiopharmacy’s performance is a global journey that fuses live instrumentation, turntablism, electronics, poetry, prayer, and technical lyrics that stir, heal, and reveal.
Internationally, the ensemble has taken the stage at festivals, concert halls, clubs, cultural centers, orphanages, schools, and events in Canada, Germany, Switzerland, Austria, Holland, France, the UK, Japan, the Philippines, Indonesia, Samoa, New Zealand (Aotearoa), Fiji, the Solomon Islands, Ecuador, Morocco, Oman, Cyprus, and Tanzania. Domestically, Audiopharmacy has performed throughout the US.
Audiopharmacy has also toured as music/cultural ambassadors globally and has successfully fostered cross-cultural understanding by leading community engagements, music and cultural workshops, film showings/Q+ A, and intimate jam sessions. On March 19, 2013, the band received a Mayoral Proclamation from the City & County of San Francisco for artistic excellence, the promotion of cross-cultural understanding abroad, and representing the values of the San Francisco Bay Area.

About the App Developer

Hailed as interactive music pioneers, The Holladay Brothers developed LISTEN at Michigan Tech's location-aware technology. Hays and Ryan Holladay's first project using this technology wove music through the spaces of the National Mall in Washington, D.C. It was lauded as "magical" by The Washington Post. The brothers have since collaborated on many projects, including one for New York City's Central Park. Ryan spoke about their work at a TED conference, the video of which has been viewed more than 1 million times.

Start exploring with the LISTEN at Michigan Tech app now!