Rozsa Center for the Performing Arts

The 1,067 seats are the color of local minerals. The walls mimic the irregular surfaces of copper mines. The roof inclines echo Copper Country shafthouses and hoists.

The Rozsa Center for the Performing Arts, located on the campus of Michigan Technological University, opened in October 2000. At 80,000 square feet, it's the largest theater in Michigan's Upper Peninsula, dramatically expanding the regional arts scene. The $20 million project received $5 million in state funding, and $15 million in private donations.

Ted, a 1988 Michigan Tech Board of Control Silver Medalist and 1998 Distinguished Alumni Award winner, received his honorary Michigan Tech doctorate in 1990 . The Grand Rapids, Michigan, native was a pioneer in the post-war oil industry, first with Shell, then his own company. 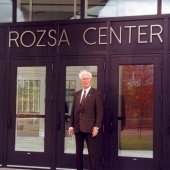 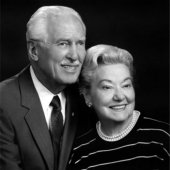 The couple moved to Calgary, Canada in 1949, where they raised a family, and millions for the arts. There is a Rozsa Performing Arts Centre at the University of Calgary, fondly nicknamed "Lola's Place."

The center is named for its major donors, 1936 Michigan Tech graduate Theodore Rozsa (1915-2006) and his wife Lola (1920-2012), both strong supporters of the arts through their Rozsa Foundation. (The foundation's logo, a rose in bloom, is a clue to help you correctly pronounce the name: "rose-A.")

It's prepared to withstand the Keweenaw Peninsula's most blustery weather. Outside walls, masonry with steel columns, are built to handle the fierce wind gusts that characterize our campus environment. The roof is designed to hold 450 pounds of snow per square foot. The Rozsa's 750-ton steel skeleton received the Great Lakes Fabricators and Erectors Association (GLFEA) Steel Systems Excellence Award for medium-sized buildings in 2002. It also won the Design Award from the American Institute of Architects Detroit Chapter. 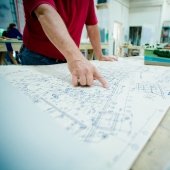 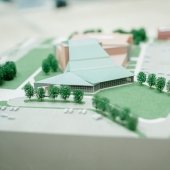 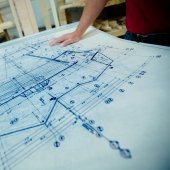 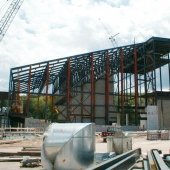 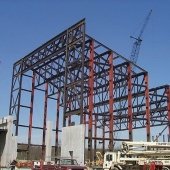 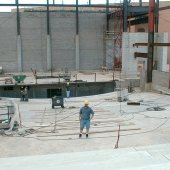 The main stage is designed by acoustics and theater consultant George C. Izenour. In 2003 the sound system was redesigned to increase acoustic quality. There are recital facilities, a ticket office, concessions stand and coffee shop, practice rooms, dressing rooms, a wood shop, classrooms, conference rooms, and offices. The lower-level gallery — a gift from the estate of 1971 alumna Eileen J. Niva — provides a studio for student works in progress, and exhibition space for national and international works by established and emerging artists who might not normally be seen here. 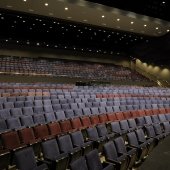 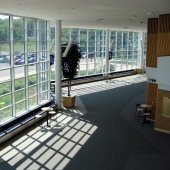 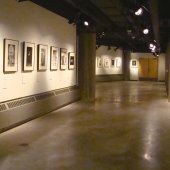 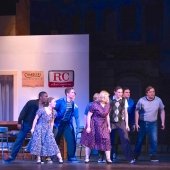