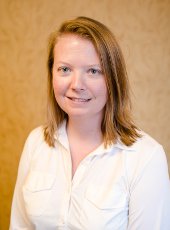 Heather graduated from Michigan Tech in 1997 with a BS in Physics. She went on to complete her MS and a PhD in Physics from the University of Colorado. She is an Associate Professor of Physics at the University of Colorado and is currently Associate Chair of the Physics Department and Director of the Engineering Physics Program, which has over 150 majors. Her research is primarily in molecular physics and physics education.

Heather has been extensively recognized for her work, including a Royal Society International Exchange Fellowship at Imperial College in London (2013), a University of Oxford, Merton College Visiting Research Fellowship (2012), a Chancellor’s Award for Excellence in STEM Education (2010), and a National Science Foundation CAREER Award (2007) among many others. She has also secured research grants in excess of $6.4 million.

She also has an extensive record of national service including Organizer of the National Physics Education Research Conference (2015), the US Department of Energy’s Committee of Visitors (2014), and Review Editor of Nature’s Frontiers in Physical Chemistry and Chemical Physics. She is a member of the American Journal of Physics Resource Letters Editorial Board, a member-at-large of the American Physical Society Forum on Education, Chair, AAPT Committee on Labs, and is on the board of directors of the Advanced Lab Physics Association. She has also been extensively published and is a frequent presenter.

She is married, and husband Donald Woodraska received his PhD from Michigan Tech in 1997. They live in Lafayette, Colorado.