By Cyndi Perkins
Share this story:
Archaeologists find multiple and ancient layers of human existence in Calumet, from a shellac record to a pottery flake. They’re ready to dig deeper.

Corner of Oak and 9th, Calumet, Michigan. Across from the train station; built in 1885, demolished in the 1960s. But humans lived here for as long as 2,000 years before the 818 Oak Street address.

Timothy Scarlett, associate professor of archaeology and anthropology, expected students conducting a two-week survey to uncover artifacts from the Chinese laundry that was also a grocery, boarding house, and community center for Chinese immigrants. Starting in 1905, the owners— who included Chung Wang, Chin Hee, and Wo Chung, speculated to be the men in the photo—leased to Greek immigrant cobblers. As Scarlett says, “It was a big home, and people lived tight.” Life was not easy. Discriminatory laws. Sweeping immigrant arrests. The home’s façade ripped off the building after being chained to a train. By 1916, all Chinese residents departed.

From 1927 to 1944, an African-American family set up house: Lulu Fowler Gardner and her kin. The home passed through other hands, including the State of Michigan in 1958 and final owner Socrates Antioho.

“People dig up deeper, older layers, and mix them with new trash. Soils grow and are buried,” says Scarlett. “The detritus of daily life builds, and leaves us clues to find as we peel back the layers.” 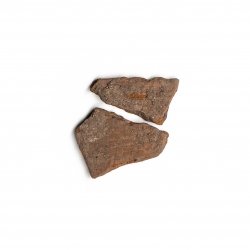 Fragile Woodland-era pottery, made sometime in the last 2,000 years, was a shocking discovery. The shards were found close to the surface, about 20 cm deep. The shallow depth suggests that builders unearthed them while excavating the cellar. Another site lies beneath. 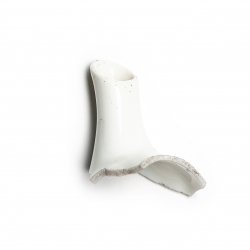 Late 19th-century porcelain. “We don’t know who these people are yet,” Scarlett says. Names were often approximations. “Census enumerators were notoriously inaccurate when counting immigrants and people of color. We must also dig deeply into archives and oral histories.” 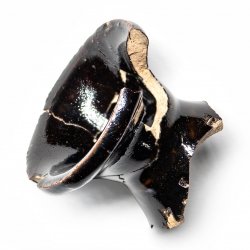 Neck and lip of a 19th-century liquor bottle. Found while excavating deeper, basement rubble; other artifacts were unearthed from yard spaces. Clear photos of the house are lacking; it was usually obscured by wooden fences plastered with billboards—profitable ad space facing the train station. 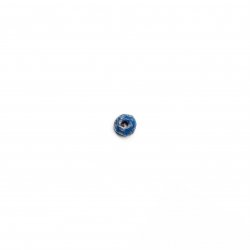 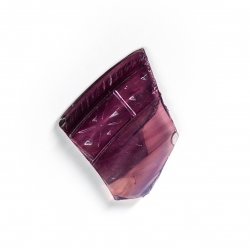 Lampshade or candy dish, an artifact representing middle-class stability and refinement. Fowler Gardner kept the home as a boarding house and her husband, John, was a traveling barber. The artifact’s domesticity belies the stereotypical image of a poor, working-class household. 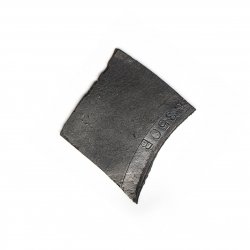 Yodeling cowboy or big band fox trot? Stamped catalog numbers indicate two 1930s possibilities: “Rambling Yodeler” by Cliff Carlisle or Jerry White Hoffman’s Hollywood Dance Orchestra, “While I am Here and You are There (How Can We Get Anywhere).” 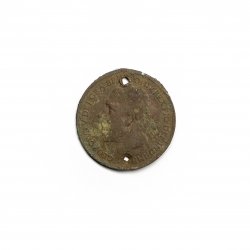 Holes to string it for safekeeping, to wear, to hang? The answers hinge on two pivotal questions used to evaluate potential historical sites for further archaeological exploration and funding: Is it significant? Is it intact? The answer to both, Scarlett says, is yes. 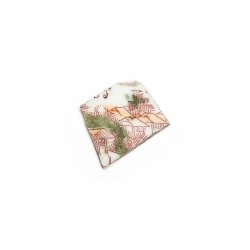 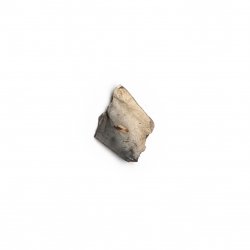 Starting in the summer 2018, Michigan Tech’s industrial heritage and archaeology researchers began a systematic effort to document and revitalize the heritage of “quiet” communities in Michigan’s Keweenaw Peninsula and the Lake Superior Copper District. Research identified compelling stories about immigrants and residents whose lives have not been part of the commonly told stories of the towns and mines of the region. Explore the mission of the Keweenaw Communities Heritage Survey, and learn about our other work on the Social Sciences Research Projects listing.