Share this story:
Thomas Werner's journey from East Berlin to the Keweenaw has been a metamorphosis. His work with fruit flies is giving researchers an avenue to explore for cancer screening, prevention, and treatment.

Thomas Werner's journey from East Berlin to the Keweenaw has been a metamorphosis. His work with fruit flies is giving researchers an avenue to explore for cancer screening, prevention, and treatment. 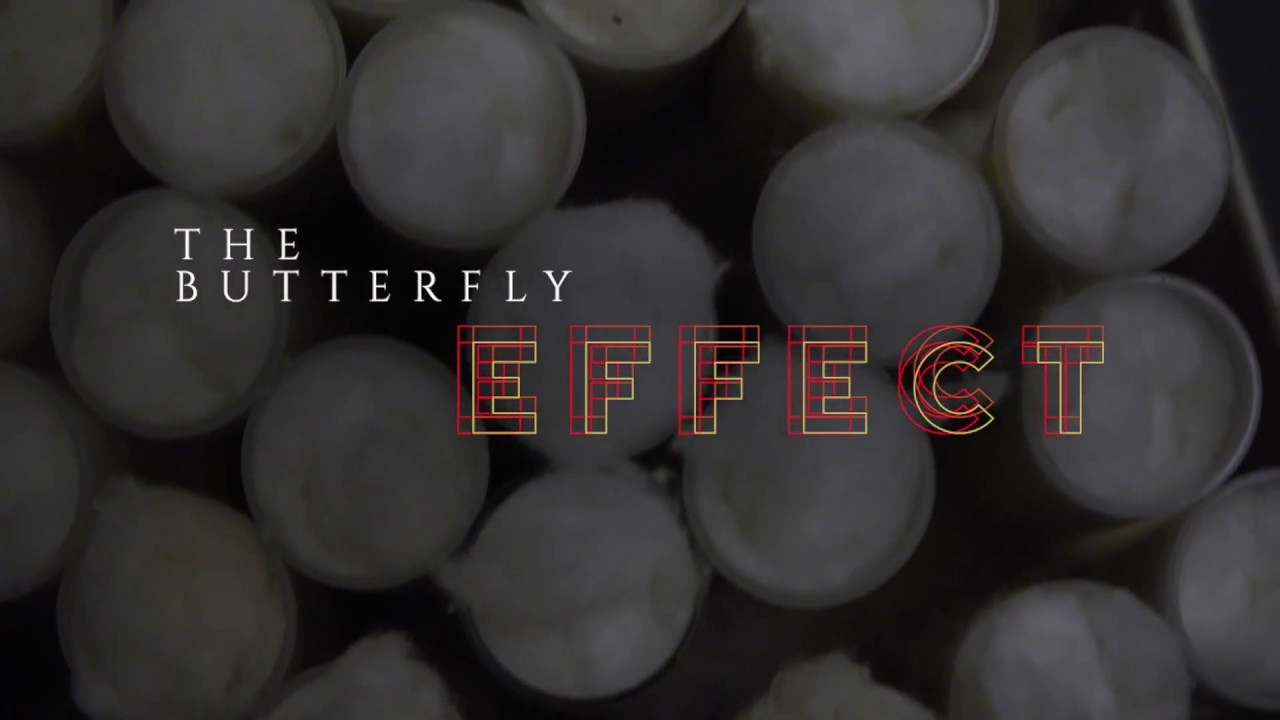 The small tortoiseshell butterfly is orange-red with stark black and white dots. A bright fringe of smaller blue dots curves along both wings. Named Aglais urticae, the butterfly is found throughout continental Europe and the UK. One summer day in 1981, a small tortoiseshell butterfly got trapped in the window pane of a ninth-floor apartment in the city of Erfurt, then in East Germany. A boy sat next to the window, woken up by the flapping. Eventually, he stood up and called for his parents to come to the room.

“I had to decide whether I was going to kill it,” explains Thomas Werner, who is now an assistant professor of biology at Michigan Tech. “To collect a butterfly, you have to kill it.”

“I told them, ‘I am 10 years old today and what if I’m 18 years old one day—and more mature—and I decide to collect butterflies,’” Werner recalls. “I will look back to this day and say to myself, ‘I was stupid not to take this butterfly, for this is a once-in-a-lifetime opportunity.’”

His mother told him, “You’re old enough today to make that decision.”

Werner still has the tortoiseshell butterfly specimen. He collected more specimens with his childhood friend, Mario Arndt. But in college a friend told him, “If you hold onto this dream, you will be unemployed—you have to put on a white lab coat and become a molecular biologist.”

Werner knew he wanted to be a butterfly biologist from a very young age when he found chasing butterflies to be a preferable diversion to missing his friends and helping his parents harvest their garden plot.

“East Germany was a gray country,” Werner says, adding that his parents and many others found solace outside the cities and spy networks at summer cabins with gardens. Werner found color and focus in chasing butterflies.

So, he changed his academic focus. While Werner was a senior in high school, East Germany unified with the rest of the country, and he suddenly had a couple years open up for study that he otherwise would have spent in the military.

Then as a graduate student, he followed a lifelong dream to move to Sweden—sans butterflies. Instead, he ended up working with fruit flies, which was fine by Werner’s standards.

“First, they have six legs—like butterflies, so this is a good thing,” he says. “Second, they have at least two wings—although butterflies have four.”

For five years during his doctoral work, Werner kept a copy of a journal article about butterfly patterns from Sean Carroll’s lab at the University of Wisconsin-Madison. He was determined to pursue a postdoc there.

“Butterflies became my battery pack,” Werner says, explaining that as he struggled through his chemistry, physics, and math classes, “the prospect of getting to study butterflies one day kept me going.”

Werner arrived in Madison, Wisconsin, in 2005. He arrived with nothing but two suitcases; the rest of his clothes, records, and books he had given away or tossed. At the lab, Carroll asked him if he wanted the good news or the bad, and ever an optimist, Werner took the bad news first. They had killed off their last butterfly culture, the project was no longer running—but they had a new fruit fly project.

“I said, ‘Hey, Sean, I spent all day yesterday throwing my life into a dumpster and they’ve probably emptied it by now, so my only option is to stay here,’” Werner told Carroll. “He said at least there is a really pretty fruit fly, it has beautiful spots!”

"I love the precision and detail work of making a clean, crisp image."

Werner’s subsequent postdoc work led to the discovery of an important set of proto-oncogenes. In humans, they can regulate tumor growth; in fruit flies, they control wing spots. Turns out that fruit flies make an excellent model species since they share the basic body building genes that all animal genomes encode. By isolating the wing spot genes in fruit flies, Werner gave medical researchers a potential avenue to explore for cancer screening, prevention, and treatment. In 2010, Nature published the work, featuring Werner’s story on the cover.

“I love the precision and detail work of making a clean, crisp image,” he says of the microscopic specimen close-ups he compiles, using more than 50 image files. “Cleaning up the raw images is winter work, though, it’s something you need darkness to have patience for.”

In contrast, the summer months are for catching flies.

A bottle, oozing a browned banana-yeast mixture, hangs from a tree only 10 feet off the Homestead Loop on the Michigan Tech Trails. Werner fusses with the string, a net tucked under his arm.

“You have to let it ferment a few days,” he says. “They love that.”

Deceptively simple, the bottle is a Chinese finger trap for fruit flies. In the Keweenaw alone, there are more than 20 different species of fruit flies; only one, Drosophila melanogaster, comes indoors. Werner finds a challenge and allure in them like he once did with butterflies in his parents’ garden.

“At first I thought fruit flies were just a tool for me to do research,” Werner says. “But I’ve learned to love fruit flies and see the beauty in them.”

Through a mentorship with John Jaenike from the University of Rochester, Werner learned to identify fruit flies by sight and, overnight on a visit to New York in 2012, he started a fruit fly field guide for the Northeast. The guide is now a collaboration between Jaenike and Werner, and is the first one completed for the region in about 100 years.

Using his banana bottle traps along with tomato and mushroom traps, Werner has gathered about 40 species, collecting males, females, and notable variations to image back in his lab.

To capture them, he taps the opened banana bottle while holding the net over it, then as the flies venture out, he swings the net back and forth with the power and accuracy of Venus Williams. He scoops the stunned fruit flies into a small vial; usually he brings them back to the lab for identification, but for the benefit of visitors, he’ll separate out the males and females by size on a small white plate using very fine tweezers.

To some people, they are black dots on a white plate—a teeny nuisance to drown in soapy water or wine in the kitchen. To Werner, their stripes and bright red eyes and rounded wings with myriad patterns have come to be as lovely as small tortoiseshell butterflies.

Growing Up in East Germany

Thomas Werner's flight from East German gardening to fruit fly genetics in Sweden brought him to the US, first to Madison, Wisconsin to study cancer genetics and now at Michigan Tech. His journey led him to co-author the first fruit fly field guide for the northeastern US in nearly 100 years.

Tips for collecting and breeding: This species visits mushroom and tomato traps. It can be reared on sugar food with a few sprinkles of baker's yeast. 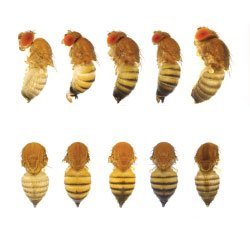 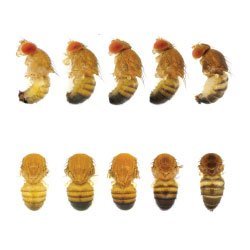 A male can be identified without a microscope. Their body is medium-sized, abdomens are vaguely striped, terminal segments are black.