One of the most prestigious awards researchers can earn is the Faculty Early Career Development (CAREER) program.

The Faculty Early Career Development (CAREER) program recognizes junior faculty across the nation who demonstrate the role of teacher-scholars through groundbreaking research, excellent education, and the integration of their research with their teaching. Awardees are chosen for their promise to become the next generation's academic leaders. This year, five Michigan Tech faculty—the highest number in school history—were honored with the award, which is administered by the National Science Foundation. Through these awards, researchers' projects are funded for five years—to the tune of up to $500,000. 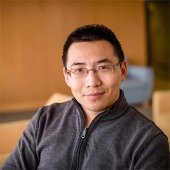 Zhuo Feng, electrical and computer engineering, says traditional computer aided design (CAD) tools are used to build every chip in the world, but the software used to design the chips hasn't kept pace with the hardware being created. The complexity of these nanoscale integrated circuits makes it increasingly difficult to design, optimize, and verify their designs with existing tools. Now, Feng aims to develop new CAD algorithms that will help chip designers take advantage of emerging manycore heterogeneous processors—integrating both traditional CPUs and graphics processing units—saving time and money along the way. "We're making an impact on algorithm innovation and also solving new, challenging problems that are becoming more and more important in nanoscale chip design," Feng says. 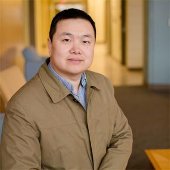 Shiyan Hu, electrical and computer engineering, is set to design new chips that will greatly increase speed by reducing interconnect delay. Copper wires in a typical computer chip are already so narrow that in order to do more things, you need billions of transistors on a single chip. That puts the brakes on speedy computerized devices. "There's a fundamental physical limit of the copper wires that we use today," Hu says, "and we're there." To overcome that limit, Hu is designing chips that replace copper wires with carbon nanotubes or graphene, which have superconductive powers and are better suited for circuitry. "Twenty years from now, everything will be made of new materials. This is a first step." 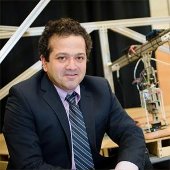 Mo Rastgaar, mechanical engineering-engineering mechanics, will be further developing his powered ankle-foot prosthesis. The prosthetic joint is multi-axis, meaning it can move the foot from side to side as well as up and down—a new approach to the design. The prosthesis is robotic, with sensors on the foot to detect how an amputee is walking, which will make movements look and feel more natural. One key to the design's success is the location of the motor. "The current designs put the motor close to the ankle," he says. "If we put the mass from the motor close to the knee or hip, the amount of energy required by the body to move it is far less." 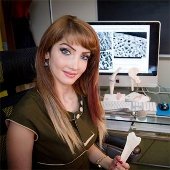 Unlocking the Mystery of Iron-Safeguarding Protein

Tolou Shokuhfar, mechanical engineering-engineering mechanics, has developed a pioneering way of looking at ferritin protein. The biomolecule stores iron in the body in a non-toxic, mineralized form and releases it safely. When ferritin proteins malfunction, degenerative diseases—such as Alzheimer's and Parkinson's—begin appearing. With her CAREER award, Shokuhfar plans to compare healthy and unhealthy ferritin by encapsulating the protein in a microscopic graphene bubble and observing the fully hydrated molecule with an electron microscope. "It will allow us to probe the connection between disease and ferritin, and will truly bring up a new research field," Shokuhfar says. 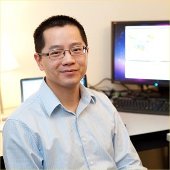 Wang has left Michigan Tech since winning the CAREER award; he is now an associate professor at Notre Dame.