A computational approach to understanding how ions in polymer liquids interact could unlock better methods of creating lithium polymer batteries and purifying water. 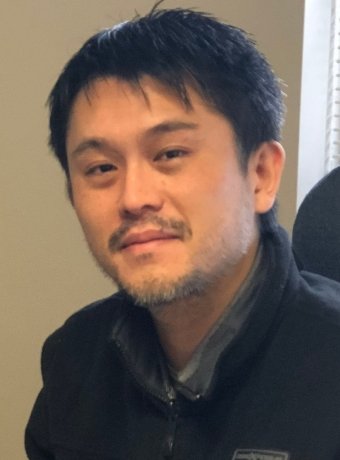 Nakamura researches soft materials — with particular focus on ionic liquids (liquid salts) and polymers — which can be human-made like the plastics around your house, or natural like silk and DNA.

Even though ion-containing polymer liquids are used in many applications, such as rechargeable batteries, we still lack a full understanding of how they work. In collaboration with Amalie Frischknecht and Mark J. Stevens at Sandia National Laboratories, Nakamura studies how charged molecules — ions — interact within a polymer liquid environment.

“Even a small difference in molecular charge difference has a huge effect on the macroscopic thermodynamic properties of liquids,” Nakamura said.

Nakamura’s time-dependent simulations will help him and fellow researchers better understand how molecules respond to an external electrostatic field and how those reactions affect how polymers provide an insulating dielectric response.

And because polymers are frequently in motion, Nakamura’s simulations demonstrate charge interactions among moving polymers and liquids. Polymers tend to be long and unwieldy. Imagine running a hand through a cobweb and then trying to untangle it. In a liquid, polymers can get sticky like the cobweb, or push away from ions and other sections of its own polymer chains. These interactions are complex, and Nakamura uses a finely tuned physics model to try to understand the motion better. If we can untangle the cobweb, it opens up possibilities for new materials, better batteries, faster water treatment and more.

A significant component of any CAREER Award is the creation of educational materials for the next generation of scientists. Nakamura has proposed to work with Keweenaw K-12 schools to help students do computer simulations using open-source software. Building on the programming knowledge many students already have — coding is learned at increasingly younger ages, often through computer games or programmable toys — Nakamura plans to demonstrate how students can visualize molecular motions using programming or simulation software.

Nakamura’s own interest in computer simulations comes from playing games that were precursors to Nintendo as a child in Japan. His parents were strict about his schooling and homework taking priority after school, so Nakamura began waking up early to get in an hour or two of video games in the morning.

“That might have been the spark for my interest in the world of simulations,” he said, joking that restricting screen time “might limit your child’s ability to become a physicist.”

In all seriousness, Nakamura sees the world of computer simulations as another tool by which to understand the world.

“Visualizing what we research is quite important, especially for students,” he said. “Like some video games, simulations are just another way to learn.”