Share this story:
The Wow Factor: Explosions. Bananas. Liquid nitrogen. Mind Trekkers create a love for science in the next generation.

How do you get to wow?

With Michigan Tech students (and increasingly, alumni) in yellow jerseys. Cool experiments designed to make kids give science a second (or first) look. And a passion to take those experiments anywhere in the country.

Cody Kangas, director of the Center for Educational Outreach, says it's a program—with more than 175 experiments and demonstrations—and a 10-year track record of reaching thousands of students across the country with an unwavering message: STEM is incredible.

"It all started in 2008 with Summer Youth Programs helping out at a larger outreach event in Detroit—YES! Expo," he says. "We brought our flair to it—flashy lights, loud music, liquid nitrogen, fire. Enthusiasm. It started to steamroll from there and we just kept growing."

Kangas says Steve Patchin, who co-created and directed Mind Trekkers from 2008 to 2014, had the idea to mobilize the science experiments SYP was doing in the summer and deploy them throughout the country.

Houghton to Houston. California to Washington, DC. Even a presence in Daejeon, South Korea. The list of locations for Mind Trekkers events gets longer as the program expands.

And while it may seem like a traditional outreach effort, there's much more to it than that.

"It's not about getting people to say Michigan Tech is where they want to go to college, it's getting them to say, 'I've found my calling. This is what I want to do with my life,'"
Kangas says.

"They already know Michigan Tech is a hotbed of talent, but when they see that talent communicating science knowledge to audiences, from kindergarteners to PhDs—employers eat that up because they recognize our students can be successful in the classroom and communicating in the real world. That's an important piece companies want to invest in," Kangas says.

Much of Mind Trekkers' recent national growth can be traced to an event held in Houston three years ago.

"Houston is a microcosm of where we're at right now," Kangas says. "At the time, we started kicking around the idea of taking the program south, and the key reason was Dow Chemical. We had been doing an event for two years at Delta College in Midland and Rob Vallentine—at the time, head of STEM outreach initiatives globally for Dow—saw what we were doing and asked if we could bring it to Texas."

Fifty Michigan Tech students traveled to Houston and partnered with San Jacinto College for that first event in 2014. Three hours in, Dow was committed.

"The first time I saw Mind Trekkers, I was hooked," says Vallentine, now president of the Dow Chemical Company Foundation. "We love programs that engage the students in our communities. Mind Trekkers exceeds our expectations."

For Jeff Lichon, public affairs manager with Dow in Houston, what Mind Trekkers brings to students is second to none.

"It could not have been more successful at San Jacinto College," he says. "What started out in the first two years with the Michigan Tech team coming down has turned into a sustainable program that San Jac plans to continue into the foreseeable future. We had more volunteers this year than ever, supporting the nearly 7,000 students that came through the event. Feedback from the college is that students and teachers find the experience invaluable and that it ignites a newfound passion for science and technology that many students had not had prior to attending the event."

As the program grows, Michigan Tech alumni who participated as students are eager to connect a new generation of kids to STEM.

"I graduated in 2015," says Kimberly D'Augustino, president of the Mind Trekkers student organization from 2012 to 2014. "I had two degrees in engineering, a full-time job waiting, and an exciting future, but all I could think about was Mind Trekkers and how I could get my company, Boston Scientific (BSC), to jump on board."

D'Augustino joined the STEM committee at BSC and started volunteering for events in Minneapolis-St. Paul. From there, she plugged back into the program.

"Mind Trekkers was attending the USA Science & Engineering Festival in Washington, DC, for the fourth time, and I had gone twice with the group," she says. "Boston Scientific was looking at expanding their STEM outreach on the global level."

She worked with Kangas to bring the two together and BSC sent her and two others to the festival where they were able to network and volunteer with Mind Trekkers. D'Augustino also attended an event for Lockheed Martin in Maryland this April and is working to bring Mind Trekkers to the Twin Cities.

Joe Kaus '16 is a former president of Mind Trekkers and discovered the program in 2010 when he saw one of their road shows at a National Boy Scout Jamboree.

"It's all about taking the science concepts I use every day as an engineer and finding a way to share them with someone who may not get that same joy out of it initially," he says.

Kaus also attended the Lockheed Martin event this year and credits the program for helping him grow professionally.

"I can't think of a job interview I have had in the past four years where I didn't spend any time talking about Mind Trekkers," he says. "If it wasn't for this organization, I definitely would not have the job I have now."

"If it wasn't for this organization, I definitely would not have the job I have now."

While many Michigan Tech alumni were introduced to STEM through Mind Trekkers or another Summer Youth Program, Kangas understands events across the country don't always translate into admissions applications, and that's okay.

"It's more about being a part of this greater endeavor. Society needs people to finish high school, go on and get a post-secondary degree of value, and contribute."

Alumnus Ed Leonard Jr. '12 says it all comes back to the original mission.

"You get a chance to tell someone about something they've never known before and put it in their hands and say, 'Now YOU try!' They gasp, smile, exclaim, look in awe to their parents and at you, and they just say, 'Wow!'"

That's why Leonard's yellow jersey is always in his closet, just in case he ever needs it.

Keeping balloons intact when put on a bed of nails. 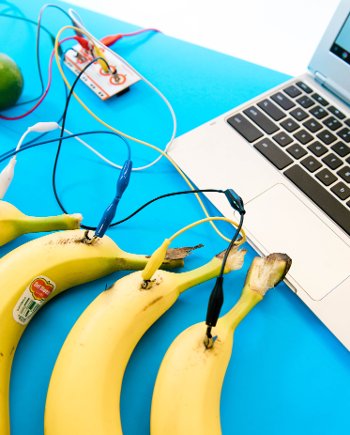 Making music on a computer with fruit. 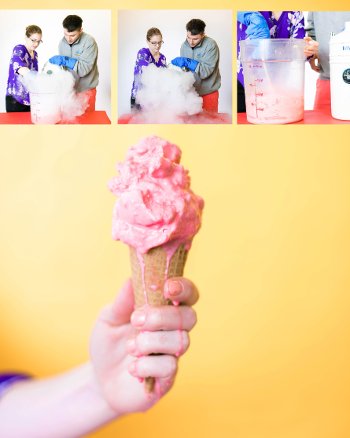 Creating ice cream out of liquid nitrogen in 60 seconds. 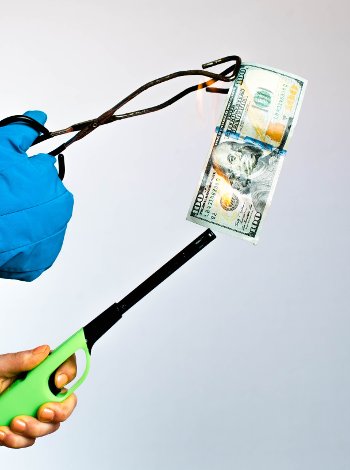 Burning a $100 bill without charring the bill itself.