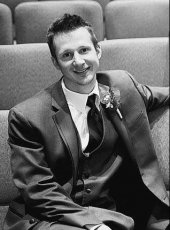 Robert Miller is originally from Grand Rapids, Michigan. While attending college in Rochester, New York, received many performance opportunities and was recorded on an album with Pianist Michael Landrum. Back in Grand Rapids, Michigan, Robert continued performing, had a private trumpet studio, and was actively teaching in a few schools in the area.

Robert is the Band Director at Lake Linden-Hubbell Public Schools and has participated in various performances throughout the copper country including at Bethany Baptist Church, the Calumet Theatre, and with the Keweenaw Symphony Orchestra. He is the trumpet instructor at Michigan Tech. A few highlighted things Robert also enjoys include travelling and exploring, being outside, any activity on the water, backpacking, and mountain biking.