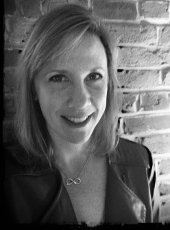 Mary K. Cyr is a Lecturer in the Department of Visual and Performing Arts at Michigan Technological University. Originally from Indiana, she previously held the position of Assistant Professor/Head of Costumes, Wigs, and Make-up and Co-Director of Costume Construction Technology in the Indiana University School of Music. She supervised costumes for over 60 operas and ballets while at Indiana University. She has designed costumes for the Brown County Playhouse, the Indiana Repertory Theatre, the IU Opera/Ballet Theatre, the IU Early Music Institute, the World Premiere of A Bird in Your Ear for the Bard College Conservatory of Music, the Boston Playwrights’ Theatre, the York College Music Division, Dido and Aeneas for The Ohio State University, and most recently for the Michigan Tech Department of Visual and Performing Arts.