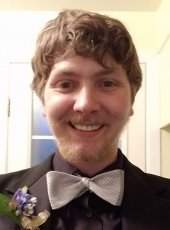 Trevor Clark is the bassoon and clarinet instructor at Michigan Technological University, as well as the K-12 music teacher at Chassell Township Schools. Trevor hold a Bachelors of Music Education from Wayne State University ‘16.

A native “Troll” (Macomb Township), he now lives in Chassell, Michigan When he is not making reeds, practicing, or teaching, you can often find Trevor on a disc golf, regular golf course, or on the water on his kayak! In the Winter, you can often find him snowshoeing with colleagues.