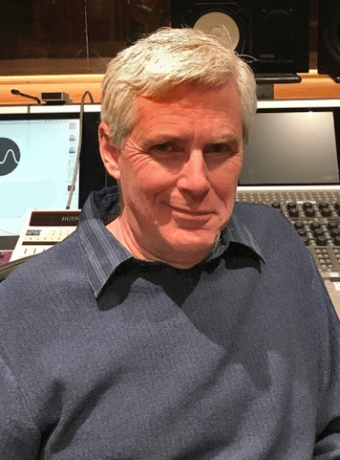 Thom Cadley is a TEC Award winning and Emmy-nominated mixer with an amazing list of credits. He’s been involved in countless projects ranging from recording for Joan Jett back in the 80’s, to mixing Beyoncé and Destiny’s Child for 5.1 SACD, to mixing a Sting live album with a full orchestra. As the chief mixing engineer at the illustrious Sony Music Studios in NYC, Thom oversaw the audio for Sessions at West 54th for PBS and VH-1’s Storytellers and many other live broadcast events. After 9/11, he co-produced and co-mixed The Concert For New York City. Thom has also engineered Broadway cast albums such as Disney’s The Lion King, as well as numerous film soundtracks such as the Goya Award winning Calle 54 (Spanish Oscar for Best Sound). He was also a primary music mixer for the Rock Band and Guitar Hero video games. Artists as diverse as Johnny Cash, Michael Jackson, Idina Menzel, Bruno Mars, Aerosmith, David Bowie, Lil Nas X and Billy Joel have all utilized Thom’s skill as an engineer and mixer. Thom took a short break from his hectic mixing schedule a few years back to get his BS in The Arts from SUNY Empire State College (Summa Cum Laude). He’s returned to work recently as both a college instructor and a mixer specializing in remixing songs for immersive audio formats such as Dolby Atmos.