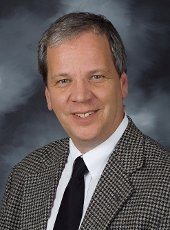 Professor Blair is an European archaeologist who studies early, large scale production, especially that of iron. His present research interests include an on-going experimental program, SMELT, in which replica iron smelting furnaces are built and operated in full production campaigns. The most recent SMELT campaign took place in May 1999 when a replica Roman style furnace was built and fired to explore steel manufacture. The next campaign will be in 2001, then an Anglo-Norse tall shaft furnace will be fired. Also as a part of SMELT Prof. Blair directs a field project, SMELT-Low Birker. SMELT-Low Birker is located in Cumbria, in northwest England. In this project aspects of past economy and life in the Esk River Valley are explored. Topics presently being researched by the international team date from the Neolithic to Medieval. Future post-Medieval work, including work on 19th century industrial archaeology aspects of the Valley is being planned.