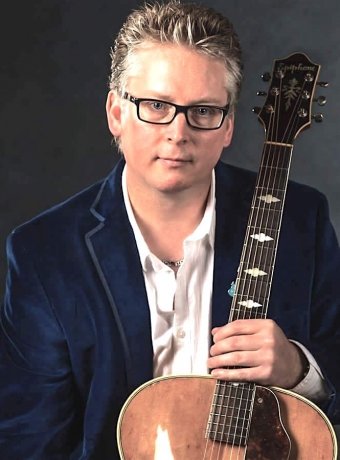 Steve Jones began his career at Michigan Tech in the fall of 2014, as Interim Assistant Production Manager, and was hired as a full-time member of the Rozsa staff in January of 2015. Steve’s specialties are live music, and video production. Before joining the Rozsa staff, he worked for the Historic Calumet Theatre, in Calumet MI as Assistant Technical Director from 2013-2014. Prior to that, he had jobs in live television, most notably, an eight-year stint with ESPN in Bristol CT, as Associate Director in their Studio Directing Dept. While at ESPN, in 2004, Steve received an Emmy Award for Outstanding Show Daily, as Associate Director of ESPN’s flagship show Sportscenter. Steve is also an accomplished jazz guitarist. While living on the east coast, Steve played regularly at music festivals in Connecticut, and in NYC. In 2005 Steve was runner-up in a national guitar competition held in Las Vegas Nevada. Now living back home in the Keweenaw Peninsula, Steve enjoys spending time with his four kids, his girlfriend, his guitars, and on nice days, dirt bike riding out on the beautiful trails of the Keweenaw Peninsula.