Objectives of the study were to develop, test, and demonstrate how Unmanned Aerial Vehicle (UAV) technology can help provide visual inspections from above for a variety of structures, locations, and roadway assets of interest to the Michigan Department of Transportation (MDOT) such as:

Creating a state-of-the-practice report covering the use of UAVs for transportation purposes was the first step in understanding how this type of technology could prove beneficial for MDOT. Through this review, different types of sensors, platforms, and applications that have been proven to work for other UAV applications were noted and applied toward this study. These included optical (visible and near-infrared light), thermal, and lidar sensors that are attached to single- and multi-rotor helicopters, tethered devices (balloons and blimps) platforms. The following sections describe the types of infrastructure that our UAVs and sensor were prioritized to sense, based on MDOT input and the work plan.

Lower cost UAVs have a shorter flight time and can typically be used for short term monitoring (30 minutes). Imagery is collected through HD video or pictures taken with a camera. From the UAV imagery, feature-based algorithms and classifiers can be “trained” to detect and track roadway assets. The tracker is generalized such that any type of roadway assets could be detected and tracked; e.g., different types of signs and indicators, guard rails, and lamps. 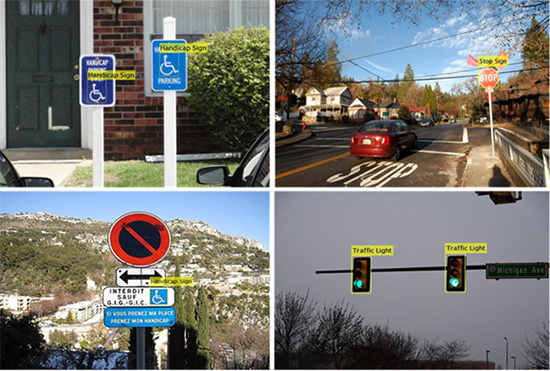 UAVs can also be used for crash scene documentation. During a mock incident, the project team’s role was to work closely with the Michigan State Police, MDOT, and other participants to show how UAV-based imaging can provide useful data on a practical basis during an emergency response incident representative of a situation where lives are at risk and information that is needed as quickly as possible can collected safely. The information was available to the incident command center as soon as the hexacopter landed. The traffic monitoring blimp was rapidly moved over to the incident area to make the video feed available as well.

Tethered blimps can provide near-real time traffic monitoring, transmitting imagery to ground based receivers over extended periods of time. Aerostats/blimps are useful for applications that require temporary but persistent observation of an area on the ground. Blimps can be sized to payload requirements and designed to weather conditions. The blimp used is ~15 feet long and 5.5 feet in diameter; it requires about 300 square feet (8.5 square meters) of helium (just about one tank of helium) to fill. Net lift is ~8 pounds (3.6 kilograms); working lift is approximately 50 percent of net lift or 4 pounds (1.8 kilograms). The blimp can be safely flown in winds up to 15 miles per hour. It was used to demonstrate traffic monitoring during four days of the 2014 ITS World Congress in Detroit, Michigan.

Micro-UAVs with camera and sensor attachments can be flown in confined spaces, such as pump stations and culverts, to determine if they are safe enough to send a person into. They have the ability to send HD video of the confined space back to the operators’ cell phone as well as being saved to a memory card during the flight. Smaller UAV were better to use because they could get closer to walls, obstacles, and fly through smaller spaces. 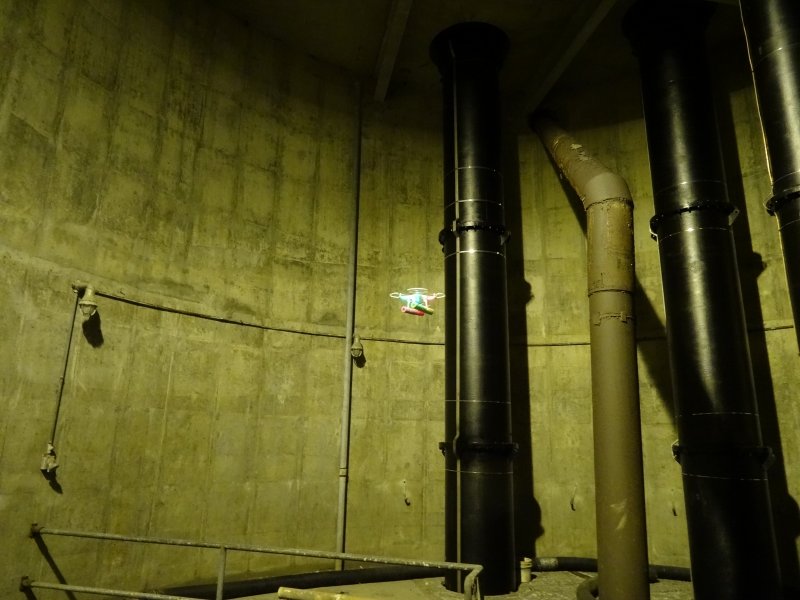 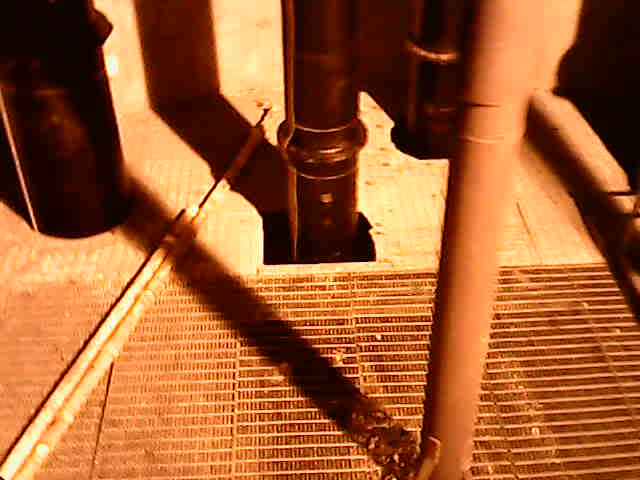 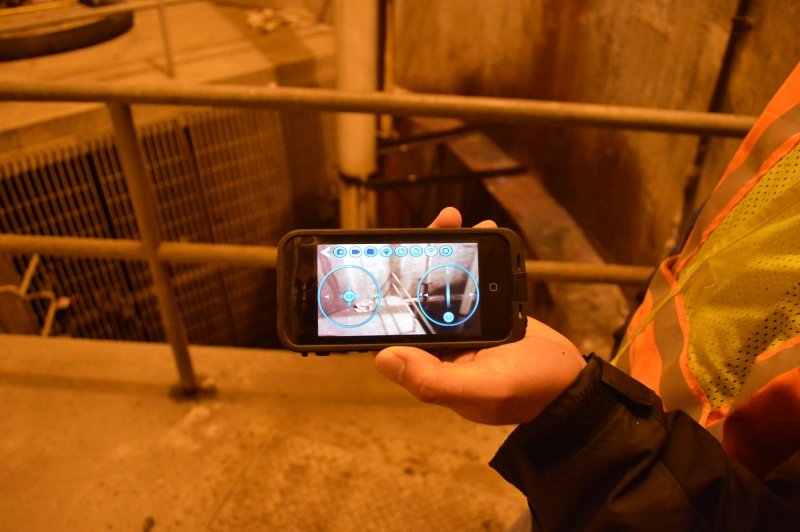 Interstate 96 is a major freeway system that connects eastern (Detroit) Michigan to western (Muskegon) Michigan. The expressway, which is exhibiting major roadway distress, had not experienced any major reconstruction projects since opening in 1971. Due to the interstate’s poor condition, MDOT conducted a major reconstruction project known as 96 Fix, stretching from Newburgh to Telegraph roads. The interstate was completely shut down for six months from late March through late September of 2014. Seven miles of road, 37 overpasses (bridges), and 24 entrance/exit ramps were either completely replaced or updated, costing approximately $148 million.

Structure from Motion (SfM) techniques were employed to create 3D models and fused with thermal data for a complete evaluation of bridge condition through automated detections of surface and sub-surface defects. The automated spall detection algorithm developed by Brooks and Dobson was applied to high-resolution 3D elevation models (DEM) to detect surface defects such as spalls, potholes, cracks, etc. The information was then combined with thermal data and automated delamination detection was run to find sub-surface defects that are evident in thermal, but not visible imagery. 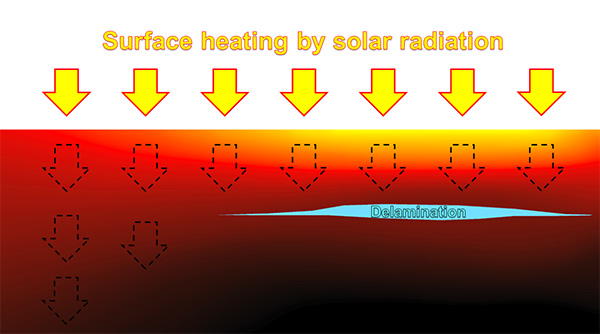 These technologies were featured at a demonstration during the 2014 ITS World Congress in Detroit (September 2014).

July 2015—MTRI was mentioned for their traffic monitoring blimp in Traffic Technology International.

January 2015—MTRI's Colin Brooks was interviewed by WILX News 10 in Lansing, Michigan about use of UAVs in Michigan

September 2014—UAV demonstration video presented at the Traffic Monitoring Center during the 2014 ITS World Congress in Detroit, Michigan

A preview of demonstrations given at the 2014 ITS World Congress