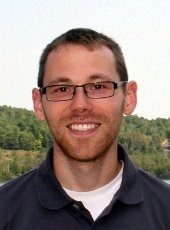 Tony earned his BS, MS, and PhD in Electrical Engineering from Michigan Tech in 2011, 2014, and 2017, respectively, and his research spans topics such as machine learning, pattern recognition, and information fusion. Tony’s recent projects include explosive hazard detection using ground penetrating radar, decision-level fusion using the fuzzy Choquet integral, and the design and development of an electrical system for an autonomous underwater glider known as the Research Oriented Underwater Glider for Hands-on Investigative Engineering (ROUGHIE). Before his graduate studies Tony was an electrical design engineer at GE Aviation where he designed test equipment for various avionic systems. Since his time in industry he has continued working on engineering problems as an independent consultant for various companies.