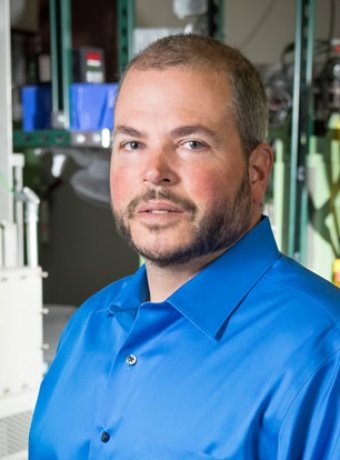 Daniel Branagan grew up in southern Michigan, but in high school he kept hearing how difficult it was to get a degree at Michigan Tech and that there were many easier colleges nearby. However, he was motivated by the challenge and the adventure of living so far up north in a remote area with all kinds of outdoor recreational activities. It was many years later that he realized the special and high quality of education that he received.

"I think what separates Michigan Tech apart from other schools is that the emphasis of the classes was not in memorizing facts and figures as much as teaching problem solving skills and independent thinking. Getting your degree is not the end of the process but the first step in a unique journey in a long career. It is crucial to be able to think independently and continue learning throughout your career.

"Moreover, MTU fosters an atmosphere and culture of innovation as innovation and invention comes from life experience and living life to the fullest. The myriad of student groups, clubs, and activities (both sponsored and "student created") foster a lifestyle of life experience crucial for problem-solving skills which are needed to create breakthroughs."

Almost every weekend seemed to be a great time for adventure in the Keweenaw and all over the western Upper Peninsula. Branagan was fortunate to have many friends from the UP, and it seemed most of them had family cabins. Many of his Friday and Saturday nights were spent at cabins out in the woods, and he enjoyed hunting big and small game, fishing, hiking, and watching the Packers and the Lions.

When Branagan graduated from MTU, he was a member of the last class of metallurgical engineering which was later changed to material science and engineering. The focus of many of the classes back then was on steel and its physical metallurgy, but he took his education into a new direction when he went on to graduate school at Iowa State University / Ames Laboratory to research rare earth permanent magnets.

Currently, Branagan is the President and CEO at Force Multiplying Strategies LLC in Idaho Falls, Idaho. Over his career, he has been published in numerous (more than 80) peer reviewed scientific journals and trade magazines resulting in more than 1500 research citations and named as inventor on more than 325 patent applications with over 230 of these already granted / issued worldwide. He has helped transition scientific breakthroughs into technology through IP licenses and the formation of multiple high tech material companies in various fields including high energy density permanent magnets for motors and disc drives, wear and impact resistance coatings for heavy construction and mining, additive manufacturing for replacement of tool steels and dies, and advanced high strength steels for rail and auto applications. He has received numerous awards, including being named Fellow of Alpha Sigma Mu (the international professional honor society for the field of materials science and engineering) "having achieved and maintained throughout a distinguished career a seminal international standing in the Materials Science and Engineering profession".

Branagan currently is a member of the Michigan Tech College of Engineering Advisory Board.  "Michigan Tech is a very special place and the bond between alumni is strong. Since leaving MTU over 30 years ago, in my career I have worked with many hundreds of external groups from various universities, national labs, and private companies. It often amazed me how often I met engineers and scientists who graduated from Michigan Tech. In many cases, these alumni occupied senior level positions and quite frankly were often the most practical along with the smartest people in the room," he said.