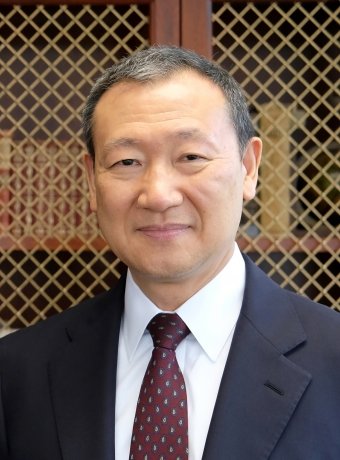 Chang K. Park was born and raised in Korea. He came to the United States as a teenager for higher education.

Following college, Park joined an engineering consulting firm in Philadelphia that specialized in designing rapid transit systems. He worked on the electrification of the Washington Metro subway system and Northeast corridor rail system.

Park received an MBA from Wharton School of the University of Pennsylvania. He joined Morgan Guaranty in New York (J.P. Morgan) upon graduation and worked in international financing.

Currently, Park is President and CEO of Universal Remote Control, Inc. (URC) which he founded over 30 years ago. URC develops, produces and distributes remote controls and home automation products.

With a strong belief in social causes, Park is a member of the national governing board of Common Cause, a public interest organization in Washington, D.C., Bread for the World in D.C., WNET which is a parent company of PBS in New York and surrounding states, and the board emeritus at the Union Theological Seminary in New York.

Park has received several honors including an honorary Doctor of Philosophy degree from Michigan Tech in 2011 and the University's Distinguished Alumni Award in 2022. He has also been inducted into the Academy of Electrical Engineers.

Park is the Chairman of The Chang K. Park Foundation, an organization that supports human rights, the elimination of poverty and hunger, the implementation of political reform and economic justice. He resides in Armonk, NY.