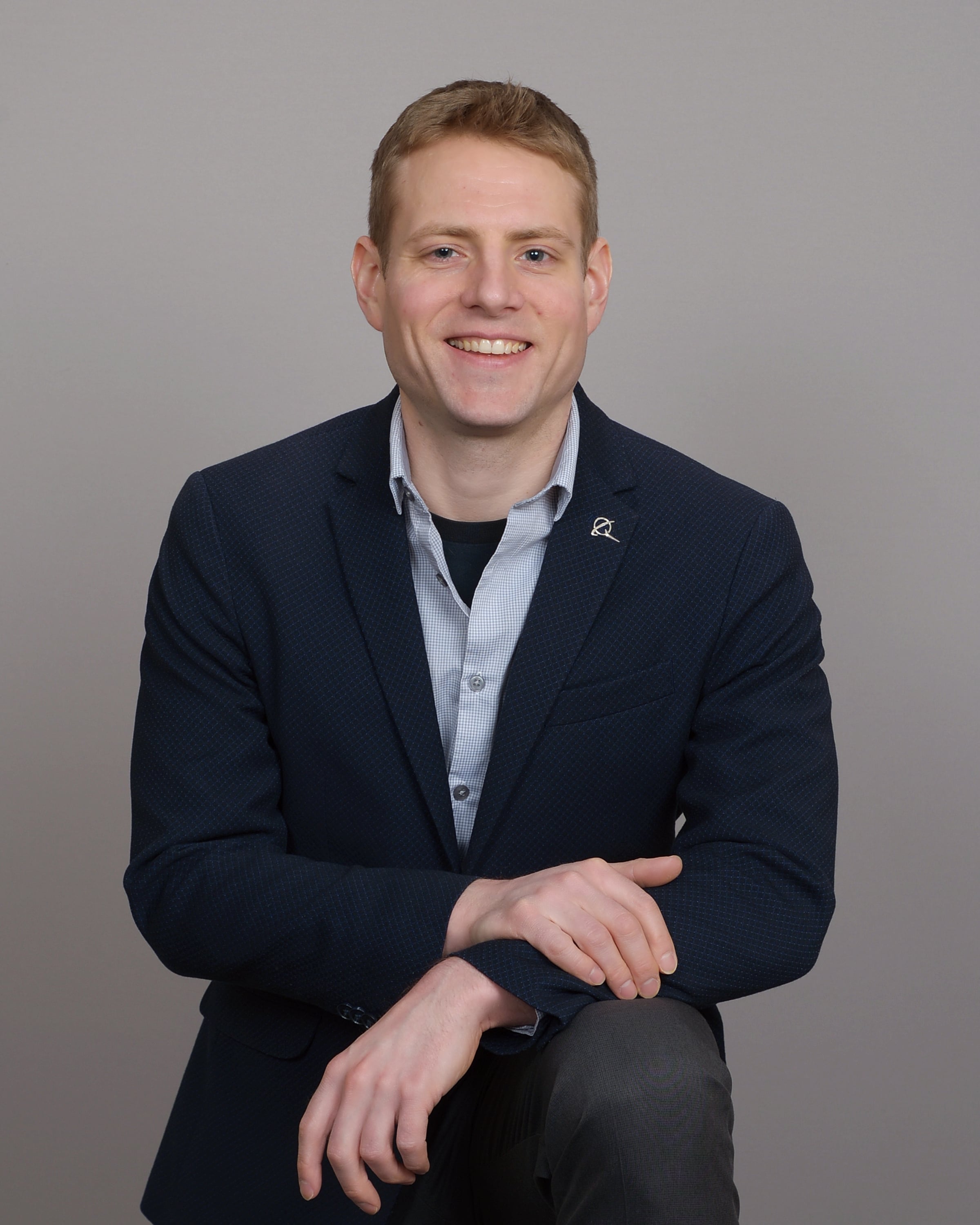 It was a well-timed phone call from a trusted advisor that brought Andrew Baker to Michigan Tech. “I had an offer to go work for Boeing Rotorcraft in Pennsylvania,” says Andrew. However, he was contacted by his undergraduate advisor, Steve Kampe, who had moved to Tech. Kampe asked Andrew to join him and help set up a lab. The reply: “Count me in!”

While pursuing his graduate studies, Andrew served as his department’s representative on Graduate Student Government (GSG). He also received recognition from GSG for his scholarly excellence and for his service to fellow students. Andrew was not all work, though. He played roller hockey and has fond memories about the camaraderie with his teammates, many of whom became meaningful friends. “Great people, great minds, in a great place that has such a diverse crowd of the community. That environment is something other places try to create artificially, but in Houghton, it is organic.”

After graduation, Andrew accepted a position as a Principal Investigator at Boeing and his role and influence has expanded rapidly at the company and across the aerospace industry internationally. Just six months into his tenure, he took over as program manager and principal investigator for a $10M DARPA program on additive manufacturing that was far behind schedule and on the verge of being cut, something he entirely turned around. Another career highlight for Andrew was being recruited to do technical diligence for the Office of the Chief Technological Officer (CTO) and HorizonX, the capital investment arm at Boeing. His supervisor commented, “At this early stage of his career, as an aerospace materials technologist, Andrew is operating equal to or higher than his industry peers that have far more seniority in experience.”

“Michigan Tech really taught me how to strip away unimportant peripheral characteristics of something – whether that be an idea, a thing, an activity, a place,” says Andrew. “MTU and the Copper Country are places that have, over time, distilled down to a pure form of its core values—hard work, perseverance, community, and an appreciation of aesthetic beauty, both natural and artisanal.”

Andrew is active in his professional organization The Minerals, Metals & Materials Society (TMS), and received that organization’s Structural Materials Division Young Leaders Professional Development Award in 2019. The St. Louis Academy of Science recognized Andrew’s exceptional potential for future accomplishments in science or engineering with their 2019 Innovation Award which is presented to an individual under the age of 40.

Andrew was an active and contributing member of the graduate student community, department and university. Currently he shares his time and talent through his role on the Material Science and Engineering Advisory Board.