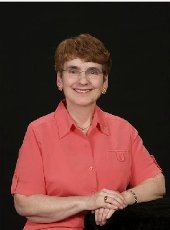 From the age of three, when she attended a special early kindergarten on a state teachers’ college campus, Pat Anthony has followed her dream of being a teacher and mentor. Science and college prep courses took center stage while she was in high school in Grandville, Michigan, and a visit from Michigan Tech’s Glee Club opened her eyes to the promise of an education at Tech.

She hit the Michigan Tech campus in 1963, the first woman to enroll in electrical engineering. She was active at Tech, serving as vice president of Lambda Beta sorority, as a DJ on Wadsworth Hall’s radio station and a member of the army ROTC auxiliary, the Silver Stars. She graduated in 1967 with a Bachelor of Science in Electrical Engineering, the first female to do so at Tech.

IBM hired Pat right out of school. She joined their Development Division in Kingston, New York, as a diagnostic engineer. Quickly promoted to senior associate engineer, she led projects such as designing and implementing hardware and software diagnostic tools for large main-frame computers.

She transferred to Detroit as a systems engineer working in the emerging field of data communications.

Her dedication to teaching and mentoring soon came to the fore. She led a Junior Achievement company in the inner city and coached fencing, basketball, softball and volleyball, mentoring dozens of underprivileged teens.

When IBM opened a new education center in Dallas to teach data communications management to customers, Pat was asked to join the team as an instructor/developer. There, she became part of an international task force that established a standard vocabulary for IBM’s IT management architecture. Because she loved sports, she served as an official host for Education Center customers who wanted to attend a sports event. She also headed IBM’s United Way campaign for the Dallas-Fort Worth area.

From Dallas, she moved to Tampa, where she finalized the roll-out of IBM’s first value-added network, still finding time to work with local youth groups. She later worked as a unit marketing manager for IBM in Midland, Michigan, and a technical consultant on a joint committee to develop interactive, multimedia tools for middle schools. All that time, she continued to work with youth groups, including Brownie troops and the Girl Scouts.

Eventually, Pat moved from IBM to AT&T and from there to working as an independent contractor on the State of Michigan’s statewide data communications projects. When she retired, she continued teaching and taking classes herself.

Pat has visited 48 of the 50 states and plans to add the final two to her list soon. She’d also like to see Australia and New Zealand. She’s also helping her artist sister, Chris, develop a website to market her art. Pat hasn’t slowed down yet, and it doesn’t sound like she’s going to.

From the 2016 ECE Academy induction.