The BathyBoat system consists of the vessel equipped with a high-resolution GPS unit, a precision depth sounder, water temperature sensing, a data recording and storage device, and a radio communication package. It currently deploys with side scan sonar and has the capability of changing sensor packages (e.g., multibeam sonar). It can be customized to meet sponsor needs.

BathyBoat is driven remotely from shore or boat, and information from the boat can be transmitted real-time and displayed on a laptop computer or rugged tablet. Customized software shows GPS location, heading, speed, depth, temperature, and battery life superimposed on an aerial image while out in the field. BathyBoat data is also stored onboard for later retrieval and analysis. Customized Geographic Information System (GIS) tools create shapefile, KML, and Microsoft Excel outputs of the data for display in a GIS or Google Earth. 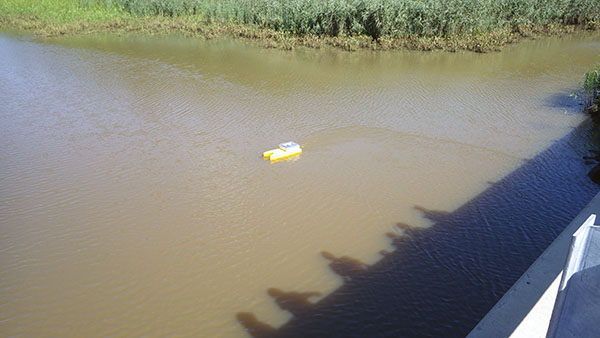 BathyBoat is ideal for use in restricted water bodies such as harbors, marinas (with and without moored boats), under bridges, rivers, lakes, and shallow water estuaries. The boat is also non-polluting for use in sensitive areas. The boat is three feet in length and the boat, computer, and remote control land-based unit weigh less than 40 pounds. This allows for deployment from helicopter or ship in remote locations such as the North Slope of Alaska, where it has previously been deployed. 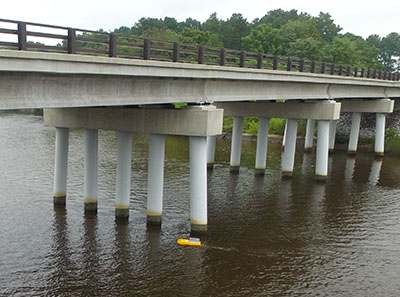 The newly redesigned BathyBoat is three feet long and weighs less than 40 pounds. The hull is designed for both stability, relatively low drag, and to accommodate the Side Scan Sonar (SSS) transducer of the new Lowrance HDS Sector Scan System. The addition of dual vectored thrusters improves maneuverability, redundancy, and control.

The BathyBoat platform has a battery life of approximately three to seven hours depending on operating conditions. The optimum operating speed is approximately two knots (one meter per second) with a nominal sampling rate of once per second depending on the bottom substrate. Depth values are recorded to an accuracy of two inches (0.05 meters). The location accuracy of each depth value is better than five feet. The boat operates within line of sight.

BathyBoat collects sonar data using a Lowrance HDS Sector Scan System. This allows for down looking (50 and 200 kHz) Side Scan Sonar with data recording and GPS in a single unit. This is combined with an internal GPS which collects a positions at 5Hz. This sonar allows for a high density of points to be collected as it can store up to 12,000 points internally. Bathyboat can be customized to use other sonar systems. 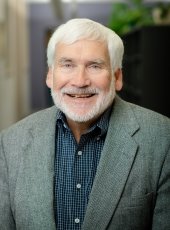 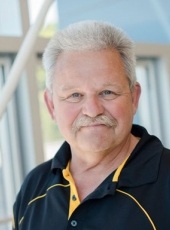