By Allison Mills and Sarah Bird
Share this story:
Between macro- and micro-, the Goldilocks scale for controlling an experiment while still using real-world systems. (see also: peat bog in a box.)

Flooding is the way of life in peat bogs. The standing water helps create an environment where mosses, sedges, and shrubs flourish. As each year passes, a thick new layer of vegetation buries the old. Layer and layer of partially decomposed organic matter piles into peat, which slowly gathers and stores tons of carbon over centuries. With so much old plant material trapped in them, these flooded peat bogs affect much bigger carbon and climate systems. 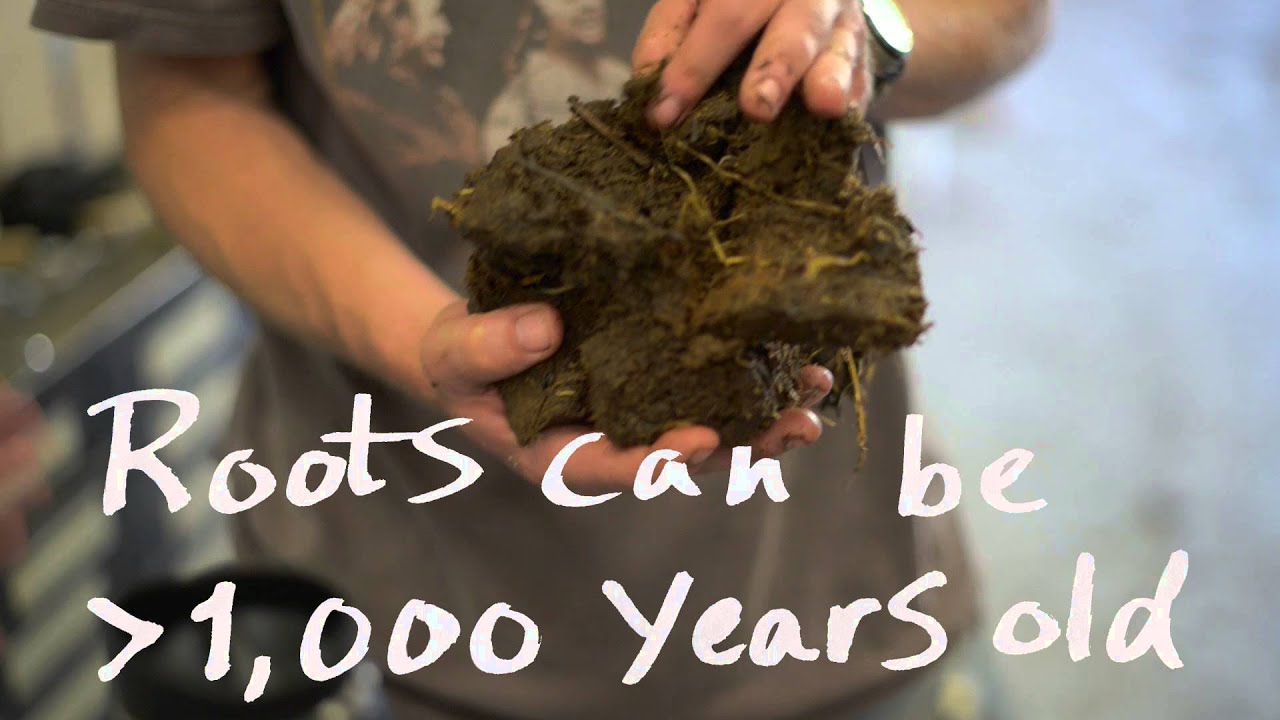 1. First, find a peat bog. This is Meadowlands, Minnesota. And that’s an excavator removing a 2,000 lb. block of peat, water, and water-loving plants like sedges and shrubs. (Credit: Ellen Beller)

2. Next, haul the bins to the closest—well, ONLY—mesocosm facility of this scale in the Midwest. Our research team brought 24 bins back to campus. The U.S. Forest Service Northern Research Station runs the facility and collaborates with our School of Forest Resources and Environmental Science. (Credit: Ellen Beller)

3. Each bin is a small carbon sink. Bogs are full of water and over time all the decaying plant matter turns into carbon-rich peat. Undergraduate student Sarah Harttung (right) helps Forest Service ecologist Lynette Potvin dig into the first layer of sphagnum moss.

4. Carbon cycling is the big picture. But to get there, our researchers need to know the plants. Potvin and Evan Kane, an assistant professor of ecology, are most interested in sedges and Ericaceae shrubs in the mesocosm bins.

5. The researchers look at trace gases. Methane and carbon dioxide slowly release; the gases tell what’s happening below the surface. Entangled roots change what gases rise depending on functional traits of the plants they belong to; in effect, some roots act like gas “chimneys” to the peat surface.

8. After the surveys, each bin is taken apart. A front-end loader lifts each bin, the glass window is removed and samples are cut off the peat.

9. Chunks of soggy peat make for dirty hands and excellent chemical analysis. There is a lot of action in the top 18 inches, where most of the roots grow. The preferred cutting tool: a serrated bread knife.

10. The peat in Kane’s hands trapped a couple roots. The twig-like pieces are probably a couple thousand years old. But while peat bogs are slow-moving systems, climate change may upend that. All the more reason to better understand how carbon cycles through the bog.