By Mark Wilcox
Share this story:
As the sun sets, the Bernard Family Clock Tower stands majestically on the campus of Michigan Tech. Dedicated on Aug. 2, 2018, the clock tower contains a large bell that rings for significant University events.

Michigan Tech is a part of Bill Bernard’s family, and vice versa. His father and four of his five siblings, and son went to Tech. Last summer he gave back to the University he feels gave him so much.

On August 2, the Bernard Family Clock Tower was officially dedicated. Located between the Memorial Union and R. L. Smith buildings, the 37-foot tower with four clocks and a large bell, can be seen and heard, both on and off campus. 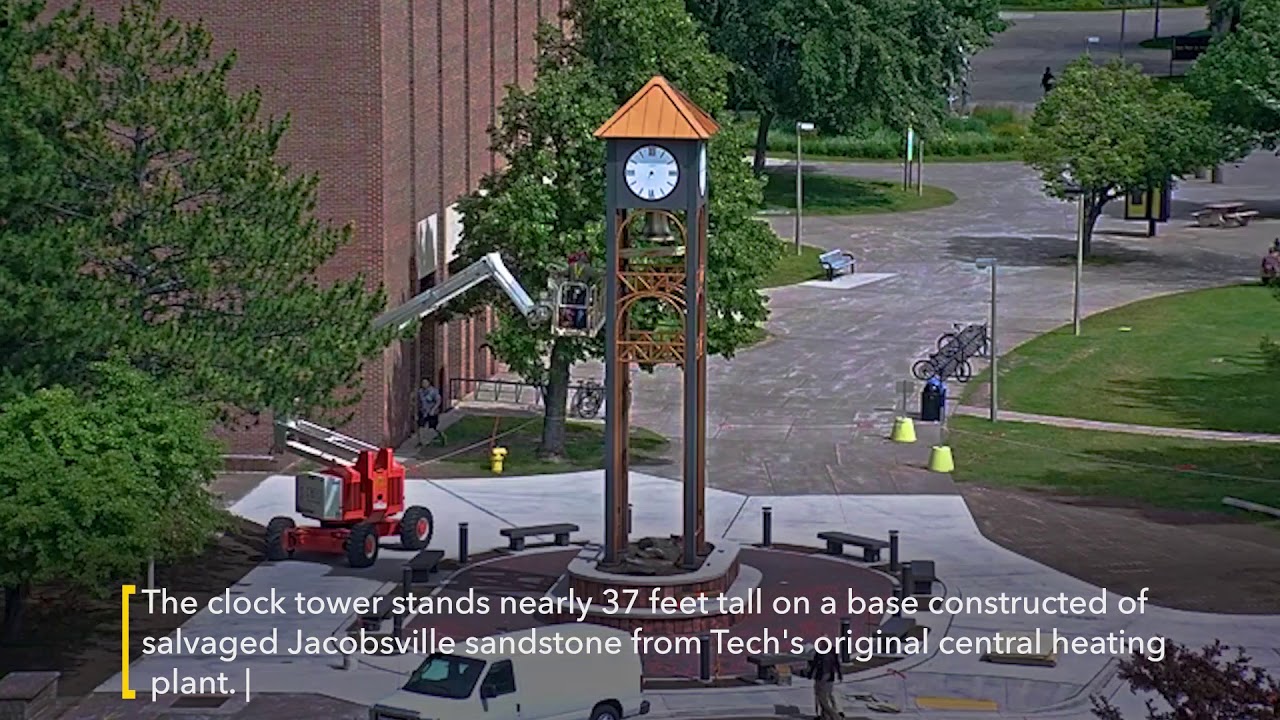 Bernard did more than provide funding for the clock tower project. He and his wife, Ilene, and their children were intimately involved with the tower’s design and construction. “We wanted the design to tie in the history of the Copper Country,” he said at the August dedication. “And, indeed it does.”

The tower’s design is reminiscent of railroad trestles from the region’s copper mining heyday. The twin decks are a nod to the iconic lift bridge that links the University to the Keweenaw Peninsula. The base upon which the tower sits is constructed from Jacobsville sandstone that was reclaimed from the Power House, one of the structures built on the Michigan Tech campus that has since been demolished.

The William J. Bernard Jr. Family Endowed Scholarship Fund is awarded to a student enrolled in the Department of Materials Science and Engineering. Preference is given to students from–in order of preference– Houghton, Hancock, the Upper Peninsula, Michigan, Wisconsin, and Ohio. These locations represent where Bernard’s family has lived throughout the years. The first recipient of the $4,000 scholarship is Matthew Thomas, a third-year materials science major from Jackson, Michigan. The renewable scholarship is a departmental scholarship, meaning students don’t apply for it but rather the recipient is selected by the department.

Bernard, who said at the tower dedication that he is “proud to be a Yooper,” is a Houghton native and a 1969 Michigan Tech graduate with a bachelor’s degree in metallurgical engineering. He is now CEO and chairman of Surface Combustion, Inc. At the dedication he said, “I never thought I’d be in this position, to give this kind of gift.” In an article earlier this year in Houghton’s Daily Mining Gazette, Bernard elaborated on his gratitude: “I’ve had the opportunity to travel almost everywhere in the world doing business. Tech gave me a great foundation; that’s the reason I want to support its legacy.”

In an interview with Michigan Tech, Bernard said, especially, coming from a large family, he saw that people in the Copper Country and the UP in general are good to each other and help each other out. “My parents had a lot of good friends in Houghton, both in and out of the University. Those friends and relatives, they were good to us.”

When asked what motivated him to include the endowed scholarship in the donation for the clock tower, he told a story that he says illustrates the friendliness of the people of Houghton.

Shortly after high school, Bernard and one of his brothers traveled “down south” to Saginaw, Michigan, to look for work. A business woman from Houghton asked them to deliver a knife that her brother had forgotten. Her brother was Art Karam, a 1942 Michigan Tech alumnus and former Huskies hockey player, who managed a foundry there. After a considerable wait, they finally met Karam, who would one day serve on the Michigan Tech Fund Board. Karam asked the boys if they had work. They did not, but were looking. In large part because they were from Houghton, the Bernard boys started working the midnight shift at the foundry the next day.

“That was a good memory,” Bernard said. “Because people in Houghton help each other. And not just from Houghton, but throughout the UP, Michigan, Wisconsin, and Ohio. That’s why we focus the scholarship to students from these areas.”

The Bernard Family Clock Tower is the latest addition to Michigan Tech’s Alumni Way project, which includes the John Rovano Plaza, between the Van Pelt and Opie Library and Rekhi Hall, and Husky Plaza. The next phase in the Alumni Way, is a proposed arch at the entrance to Alumni House. There are still additional naming opportunities in the Alumni Way. 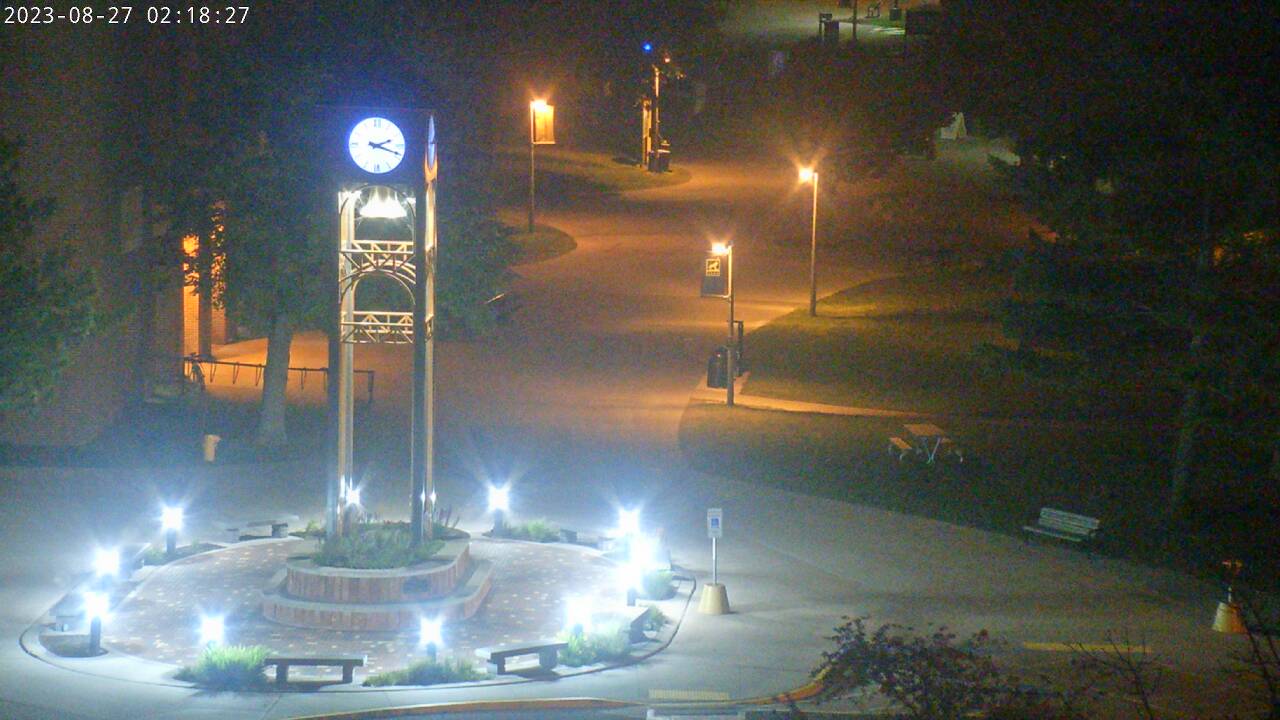