By Scott Balyo
Share this story:
Campus on the Shore. Keweenaw Waterway. Portage Lake Lift Bridge. Mont Ripley. Every Husky has that special place to spend an evening-or capture a moment.

Students returned to campus this fall to find significant renovations and upgrades to the Memorial Union Building’s North Coast Grill and Deli, and Keweenaw Commons.

The last major remodel of that space was in 1989, and while there have been several cosmetic updates over the years, this remodel dramatically changed the efficiency and flow of the Grill and Deli and the ambiance of the Commons.

New equipment and cashier stations were moved closer to the customer, and a new menu enhances quality and freshness of the food. In the Commons, a wall was opened to give better sight lines and all of the flooring was replaced. Powder-coating the railings and covering the brick columns with wainscoting gave the space a “North Woods” feel. Additional enhancements include new paint, wall coverings, and improved Wi-Fi.

Updates to the Grill and Deli provide customers with better speed of service and more fresh, made-to-order selections. Director of Auxiliary Services Robert Hiltunen notes that while the upgrades are important to current students, they’re also critical for creating the right first impression for future Huskies.

“Last year we added the new John Edgar McCallister Welcome Center and that along with the Commons are the first things many of our prospective students and parents see when they enter the building,” he says.

According to Hiltunen, the next phase of the upgrades will include replacing the ceiling and lights, and adding additional big screen TVs, computer projectors, and screens.

“We want to create a warm and welcoming atmosphere for our students, faculty, and staff,” he says.

To encourage students to pursue STEM careers, spark their interest in research, and increase the transfer of underrepresented ethnic minority, first-generation, and economically disadvantaged students from community colleges, Michigan Tech has been participating in the Michigan College and University Partnership (MiCUP) since 2001.

Tech collaborates with Delta College (near Bay City), Grand Rapids Community College, and Wayne County Community College, and nearly 300 students have completed the program over the last 15 years. Kellie Raffaelli, director of Tech’s Center for Diversity and Inclusion, credits its success to the residential component and course students take.

“Students live on campus, take a class, and do research,” she says. “They also have many UP adventures. We have a student coordinator, who is typically a MiCUP alumni, who plans trips on the weekends to expose the students to the area.”

Many undergraduate research programs only include the research; Tech’s is a full university experience. That helps students from downstate Michigan better understand the opportunities at Michigan Tech, according to Raffaelli.

“One of the biggest hurdles for students is the distance from their homes,” she says. “We get to show students what being a Husky is all about and that they can make it here. Many choose to come to Tech because of their MiCUP experience.”

With the current program grant coming to an end soon, Tech will be eligible to reapply, but Raffaelli says the goal is to institutionalize it by making it a Michigan Tech summer residential research program.

“We would run it very similarly, but perhaps bring in the local community colleges, especially Keweenaw Bay Indian Community College,” she says.

Summer can #BeAwesome with SYP

Summers on many college campuses are often perceived as a time reserved for scaled-back operations and recuperation from marathon-like academic calendars.

However, Michigan Tech uses the reprieve from commonly harsh winters and a temporarily reduced student population to provide middle and high school students from across the world an opportunity to fill the labs, classrooms, and residence and dining halls, and effectively become college students for a week.

Since 1973, Summer Youth Programs (SYP) has offered a platform for thousands of students to engage in intensive discovery of educational content ranging across the STEM fields, even dipping into additional areas like business, social sciences, and outdoor adventures.

The 2016 season of SYP was successful, as 1,135 students attended 52 different courses offered on campus. With participants from across the United States and from countries like Pakistan, Nigeria, and Bahrain, as well as over 100 students from South Korea, SYP played host to a diversity of demographics, cultures, and experiences. Currently there are 650 Michigan Tech students who are SYP alumni.

Post-program surveys show it was well-received. Ninety-three percent of participants felt their experience was different compared to their common classroom schooling at home; 86 percent gained confidence in their ability to be successful in a college atmosphere; and 93 percent would recommend their experience to others.

Enhanced industry engagement also provided unique opportunities, including over $200,000 in corporate funds that provided more than 400 students with reduced or free tuition, room, and board. Surveys have shown that most of these students would not have the ability or means to attend SYP if not for the gracious sponsorships they received.

SYP staff are preparing the 2017 programs and looking to build on the momentum of the largest two-year-attendance total (2015-16) seen in two decades. SYP partners with faculty and departments on campus to keep the academic offerings fresh and relevant with prospective participants. A growing collaboration with Michigan Tech Recreation is also providing exciting opportunities; in 2016 SYP housed all residential participants of summer sports camps and is slated to return in this capacity again next year.

SYP 2017 is open for registration, and all printed materials (catalogs and applications) will be mailed the second week of January. If you would like to receive future notifications or be added to the mailing list, or if you have any questions, please visit the SYP website.

Top 11 Percent Around the World

In a ranking of world universities released this fall, Michigan Tech was among the top 11 percent worldwide. QS World University Rankings considered 4,322 universities in its latest rankings.

The rankings were based on six measures, including two large annual surveys, one of active academics and one of employers. This year, 74,651 academics and 37,781 recruiters around the world were surveyed. Other yardsticks included the ratio of faculty members to students, the percentage of international faculty and students, and citations per faculty member.

QS Top Universities in the World ranks schools by increments of 50 points. In the 2016-17 rankings, Michigan Tech scored 501-550. The University has moved up 50 points since it was first ranked by this organization in 2013. 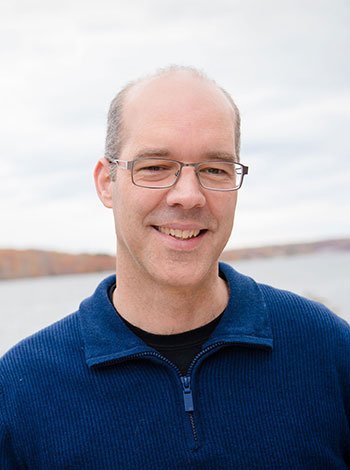 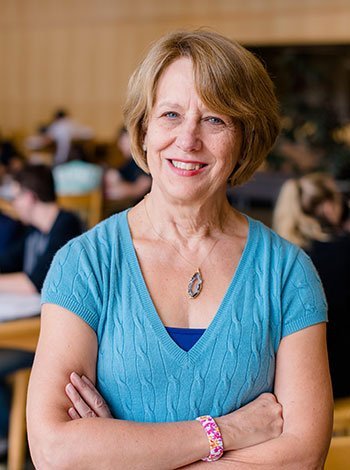 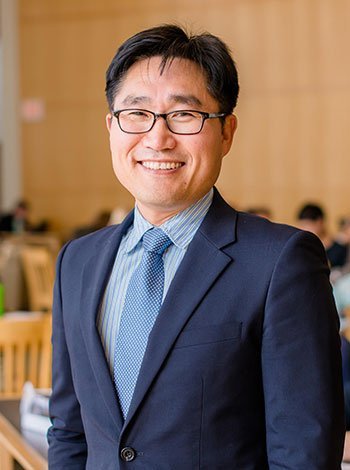 “Michigan Tech continues to provide great value to students,” says John Lehman, associate vice president of enrollment and university relations. “We tell our entering students, if you do your job, we’ll do ours, namely making sure your education pays off. Earning $62,800 a year, our graduates enjoy the seventh highest early career salaries of any public institution in the nation. Including the financial aid and scholarships students earn on average, our students see a $713,000 return on investment over 20 years. That continues to attract attention nationwide and accounts for a large part of the enrollment increases that Michigan Tech has seen over the past 12 years.”

Since 2005, enrollment at Michigan Tech has grown by over 750 students, or 12 percent. More than half of that growth has come from increases in female enrollment, which has increased by over 430 students, or 28 percent.

“These enrollment gains come despite the fact that we graduated the largest class in Tech’s history last year,” says Michigan Tech President Glenn Mroz. “This is a true testament to the faculty, staff, and community here in the Keweenaw and the parents who recognize the value of a Michigan Tech education.” 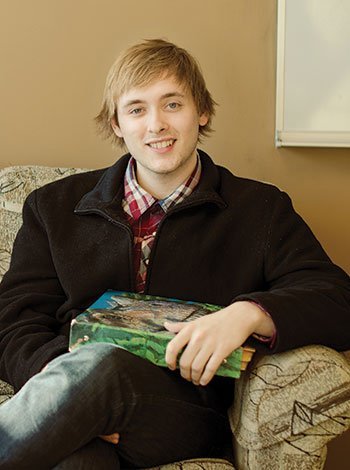 The first and last time I was on an airplane was a 36-hour trip to China. Fourteen million people. I studied for a year in a city known for its super-spicy food. My fifth day there I was riding a bus and I asked, “So, can I work while I’m here?” Next thing you know I was teaching English at an after-school program. I didn’t know any Chinese. But I grew up in a Spanish-speaking neighborhood and I always thought people who could speak another language were so cool. My roommates here at Tech are Chinese. And one day my roommate asked, “Why don’t you learn Chinese?” Now we speak “Chin-glish” in our house. I’m fluent enough to take graduate-level classes in China if I wanted to. But I’m applying to law school. Mostly Ivy Leagues. It’s kinda crazy. I’m just a trailer-park boy from Detroit . . . my mom always said, “If you don’t come back, you don’t come back.”
– Russell 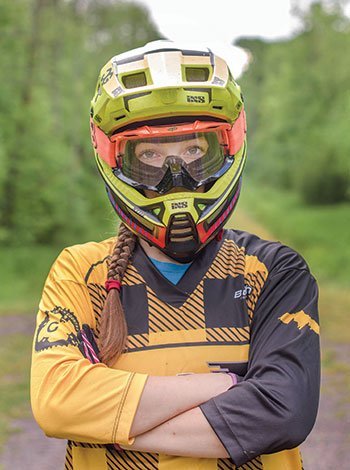 I started mountain biking with my dad. Then I started jumping and about three years ago discovered I like going as fast as I can down gnarly track. I’ve traveled to Switzerland and Canada for downhill mountain biking. I placed third at collegiate nationals in dual slalom and second in category one in the Sea Otter Classic in Monterey, California. I’m also a certified Professional Mountain Bike Instructor and teach women’s clinics. Downhill makes you forget about everything else. It’s you. Your bike. And the trail. I see scared, nervous women. And then I see how mountain biking brings out confidence. That’s the goal. You don’t need to bike behind the boys. You can lead the pack.
– Emily 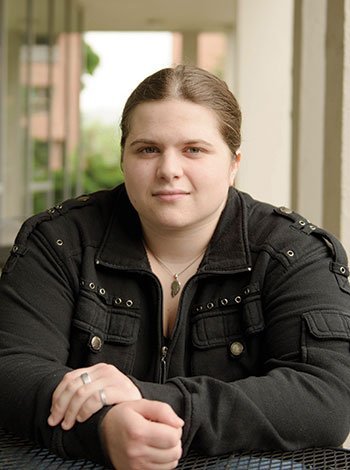 Afraid. A little bit jumpy. I haven’t been sleeping much. I’ve been active in this community since I was a freshman in high school. I was the founder of the Gay-Straight Alliance. We recruited allies to sign pride flags and organized a day of silence to show support for people too afraid to speak out. I came to Michigan Tech to make a difference. This year Keweenaw Pride set up an outreach committee—I joined right away. We organized the first-ever Trans Day of Remembrance. There’s all this ignorance causing all this hatred. I want to teach people and help them understand what LGBTQIA is and how it feels to be a part of this community. Being there for people. Educating people. That’s why I’m so out there.
– Laura 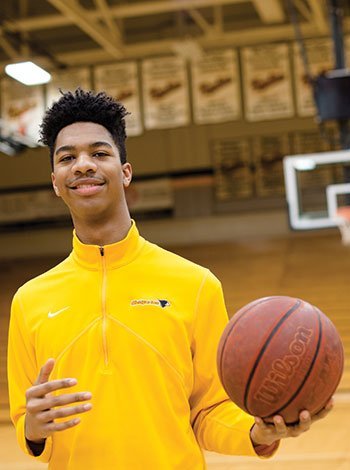 I was driving my mom crazy. It was either University of Hawaii or Michigan Tech. I visited during Preview Day. I have never met more friendly or accepting people than Yoopers. So I told my mom: it’s Michigan Tech. She was so glad. She’s the one who pushed me, well, forced me into the Detroit-Area Pre-College Engineering Program in the fifth grade. I participated in DAPCEP through the 12th grade. Now I serve as senator for the National Society of Black Engineers at Michigan Tech. We do events on campus and outreach events. I definitely feel like it’s my personal responsibility to enlighten our campus community about our race—where we come from and what we experience.
– Matthew