While the Undergraduate Research Symposium is traditionally held in-person in the Rosza Center, the 2021 symposium was held virtually and asynchronously. Take a look at some of the research being performed by Michigan Tech undergraduates. The top presentations will be announced at the end of March. 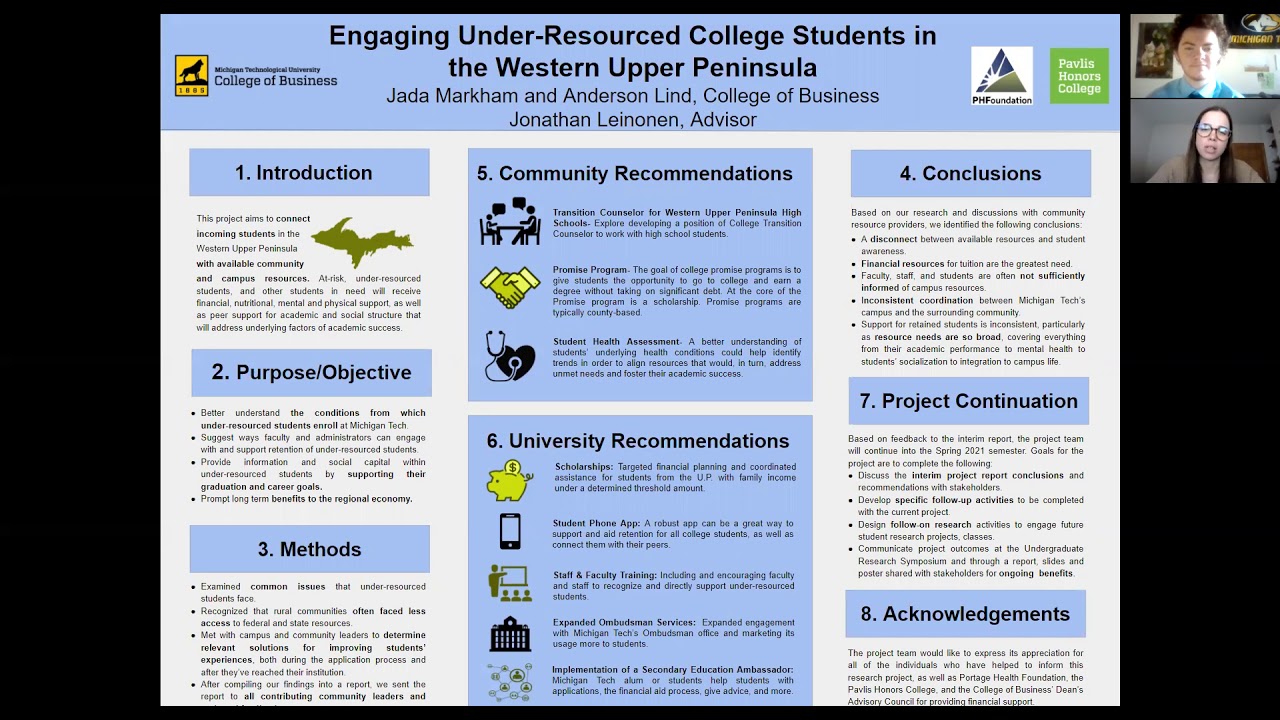 In rural regions like the western Upper Peninsula, under-resourced students face a myriad of issues beyond the average student. Our research has resulted in a list of recommendations that could be researched further toward implementing within the Copper Country area to provide support for under-resourced students. We are currently focusing on researching and establishing a sustainable Promise Program for students pursuing higher education in the Copper Country.

Play The odyssey of a baffle system, an extruder malfunction, and unprintable material. video 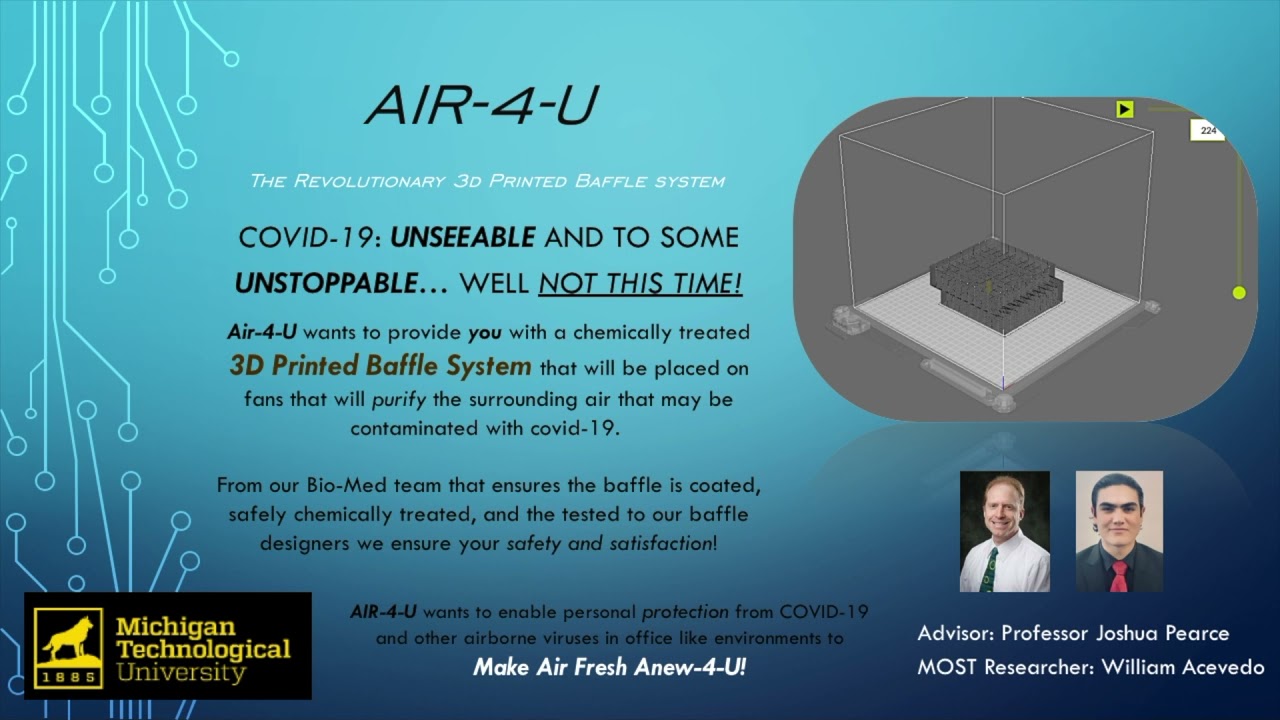 The odyssey of a baffle system, an extruder malfunction, and unprintable material.

COVID-19 has affected everyone in some way shape or form. Most of us have suffered in the air we breathe and questioning how clean it truly is… At the MOST lab, we wanted to create a baffle system that would filter the air around you for you to breathe purified and fresh air. It first started with the designing 3D printed baffle, then printing it with the best material suitable for such a thing which at the time was Ninjatek Ninjaflex. But due to a change in manufacturing the Ninjaflex, the skin of the filament wasn’t extruding any material, thus bringing the research to a pause. Then with the help of NinjaTek and Lulzbot Associates we worked through finding the next best material if Ninjaflex was no longer going to work even with having tried countless troubleshooting procedures. Then the NinjaTek Cheetah was reincarnated to be our savior. With the same results as the previous no longer manufactured Ninjaflex, the Cheetah brought the mission to filter man’s air back to life. Once the printer was functional again, we got back to printing a perfect piece to then be able to test chemically. It took many tries, but it luckily produced a decent piece before the bed’s glass chipped and made the printer no longer functional again. Time later, we received a newer model bed and got back to work in testing for one last time if a perfect print was possible. So we’ll find out. If the print goes well, then people will be able to have their own personal filters at their workplace, school, and home.
Presented by William William Acevedo, first-year majoring in management and material science 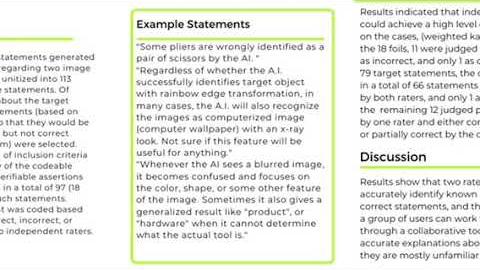 As artificial intelligence systems are becoming more capable, they are becoming increasingly more difficult to understand. This has led to development of Explainable AI: systems for helping users understand how and why an AI system works. One approach to this is to rely on human users to collaboratively explain AI systems to one another. However, it is important to know whether collaborative explanations generated by novice users are likely to provide correct and accurate information about the AI.

Play Refining the Quantification of Carbon in Forested Soils video 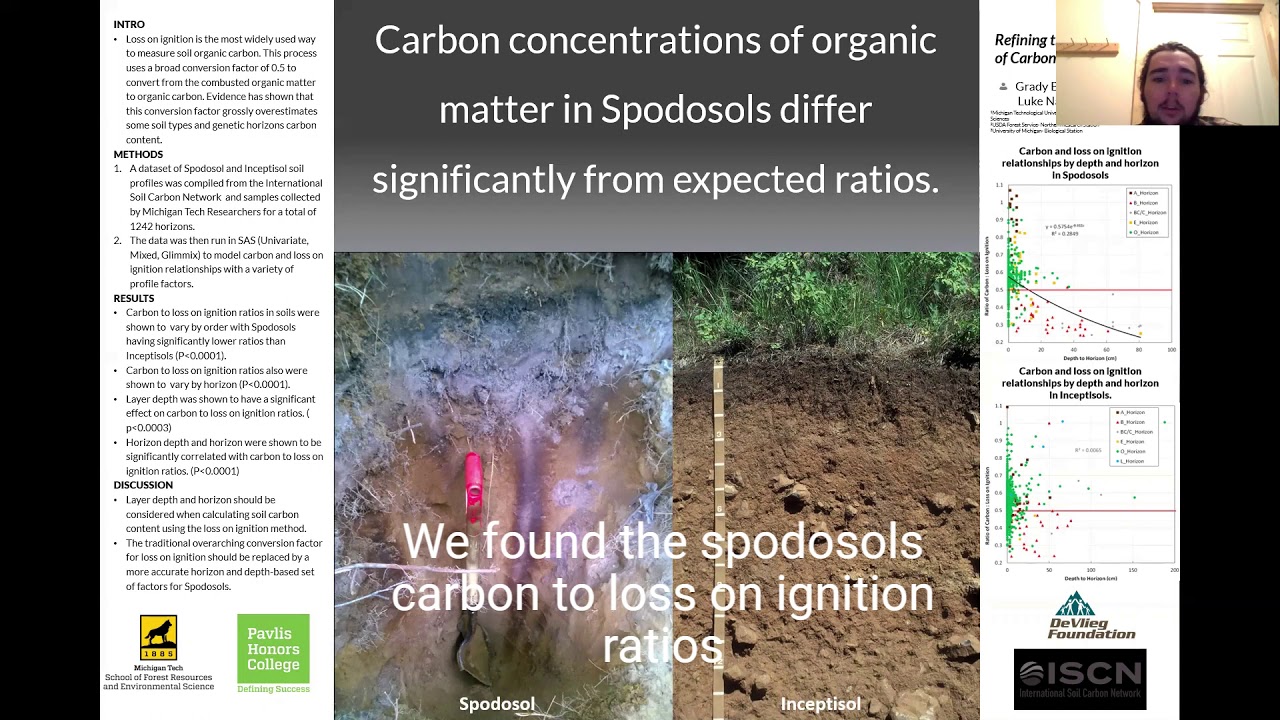 Refining the Quantification of Carbon in Forested Soils

Loss on ignition is the most widely used way to measure soil organic carbon. This process uses a broad conversion factor of 0.5 to convert from the combusted organic matter to organic carbon. Evidence has shown that this conversion factor grossly overestimates some soil types and genetic horizons carbon content. This is especially evident in the soil order Spodosols where we hypothesize that the conversion factor broadly overestimates carbon in the spodic horizons. We hypothesize that the formation of spodic horizons are the cause for this overestimation, likely due to a higher rate of metal complexation than carbon occlusion in these soils. 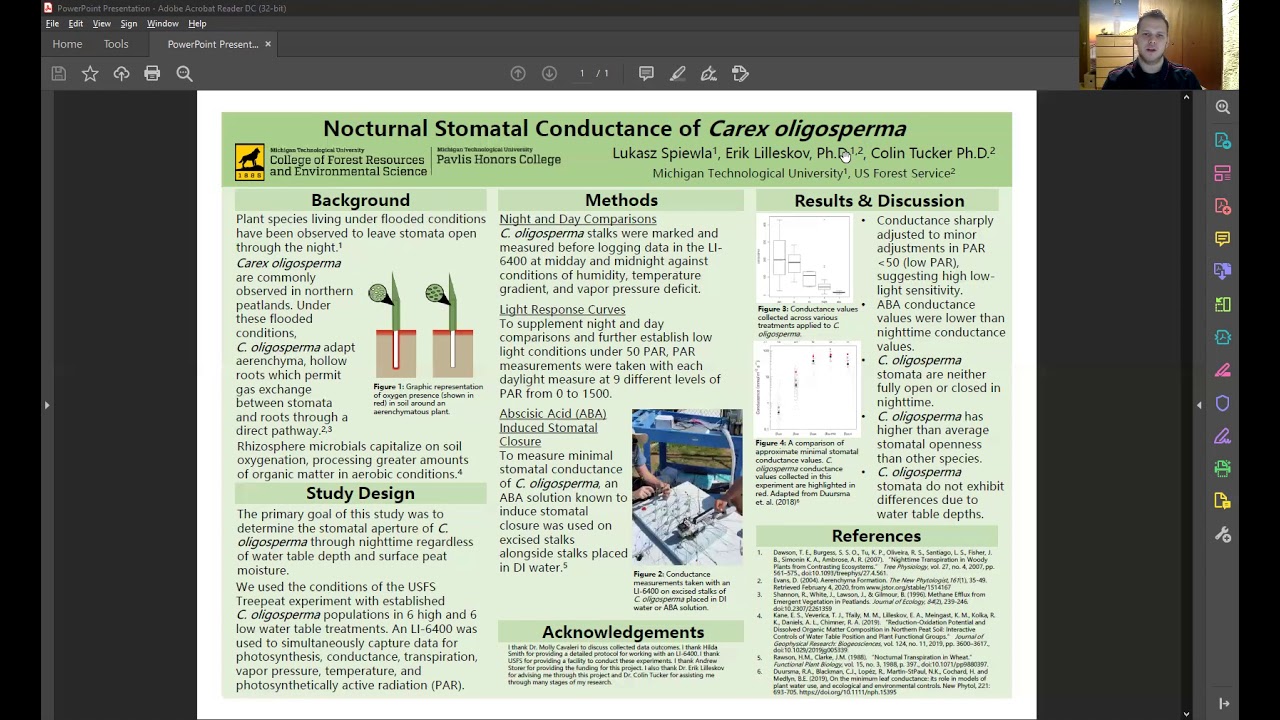 There is limited oxidation and decomposition of organic matter in peatlands due to high water tables limiting aerobic processes from occurring. To counteract the high-water stress, Carex oligosperma have adapted aerenchyma, which supply oxygen to submerged roots by creating a direct pathway for gas exchange from stomata to the roots. Evidence suggests that rhizosphere microbes capitalize from this steady supply of oxygen to perform aerobic metabolism around aerenchyma. Some plant species living under flooded conditions have been observed to leave stomata open through the night, presumably to maintain root oxygenation and prevent hypoxia. 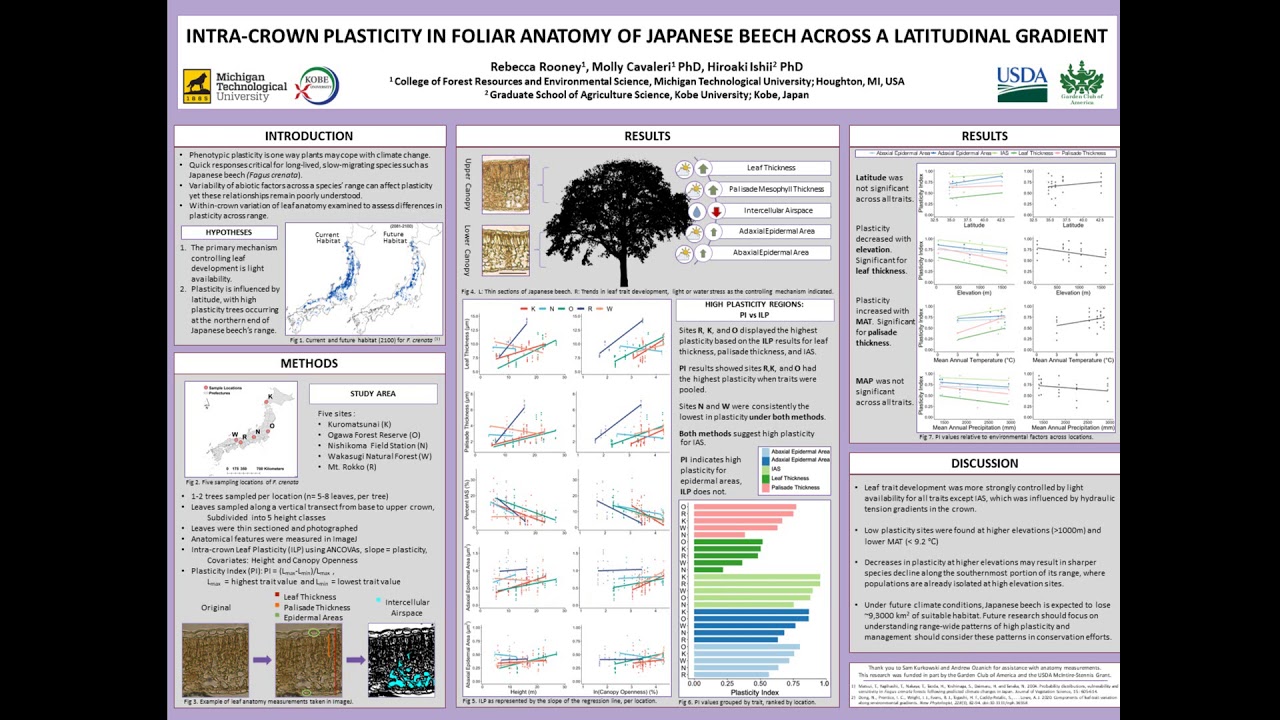 Phenotypic plasticity is one mechanism by which plants may cope with changing environmental conditions. The ability to readily respond to shifts under a changing climate will be critical for long-lived, slow-migrating species such as Japanese beech (Fagus crenata). Abiotic factors vary across a species’ range, which can affect intra-individual plasticity. However, the specific factors that induce high plasticity are not fully understood. Here we examine within-crown variation of leaf anatomy from Japanese beech to assess differences in plasticity both by location and between genetic lineages. We correlate plasticity with environmental factors to assess potential drivers of leaf anatomical variation.