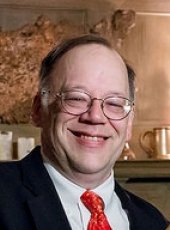 R. Dyche Anderson is a native of Wauwatosa, Wisconsin. He received is BSChE in from Michigan Tech in 1981, where he was active in such organizations as Alpha Phi Omega and the AIChE student chapter. In 1996, Dyche was hired by Ford Motor Company to work on electric vehicle batteries and in 2008, he moved into research, taking lead of the newly established research group for battery controls in Ford Research & Advanced Engineering. His present position is Technical Expert for Battery Controls & Safety. This role also involves significant consulting with product teams on battery controls, battery systems, and diagnostics. Dyche is the recipient of Ford’s highest technical award, the Henry Ford Technology Award, for the development of model-based battery controls.