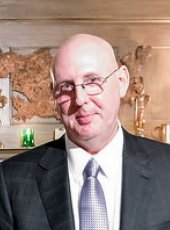 Scott Moffatt attended Michigan Tech from 1986 to 1993 where he earned a BS in Chemical Engineering and a MS in Metallurgical Engineering. Scott began his career as a metallurgical engineer in Mining Chemicals Research and Development for American Cyanamid/Cytec Industries, which was acquired by Solvay in 2015. Over the course of his 24-year career he has held different positions within Mining Chemicals R&D, Sales, and currently manages the global Research and Innovation Applications Technology Group within the Industrial Minerals business. Scott has worked in a wide range of applications in mineral processing plants and in approximately 20 countries, including regions such as Australia, South America, Europe, the Middle East, and Asia.