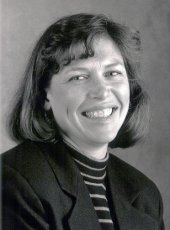 Jacqueline received a Bachelor of Science in Metallurgical Engineering from Michigan Technological University in 1984. In 1987 she received her Master of Science in Metallurgy from Rensselaer Polytechnic Institute (Hartford Graduate Center). She started her career at United Technologies, Pratt And Whitney in 1984. Since then she has held positions at Sundstrand Corporation and at Howmet Corporation. All her positions have involved the Aerospace Materials Industry, especially Ni-based superalloys used in Aerospace and Power Generation Gas Turbine Engines. Her current position is at Cannon-Muskegon Corporation as a Senior Metallurgist. She has two patents and numerous publications. Jacqueline is also involved in the community as a Odyssey of the Mind Coach and a Religious Education Teacher at St. Frances de Sales. She is married and has two children.