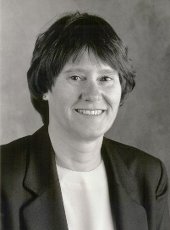 Barbara graduated from Michigan Technological University in 1978 with a Bachelor of Science in Wood Science. She began her current position as Technical Director of the Eastern Division Oriented Strand Board for Weyerhaeuser Company in 1995. She has held previous positions such as Forest Products Technologist in 1979 and Forest Products Technologist in 1980 for the U.S. Forest Service. She was also a Process Specialist for the Structurwood Mill from 1980-1982 at which time she then became the Technical Manager for Engineered Strand Products at Weyerhaeuser Company. In 1996 Barbara was inducted into the School of Forestry and Wood Products Honor Academy. She is married to a 1977 graduate of Michigan Technological University.