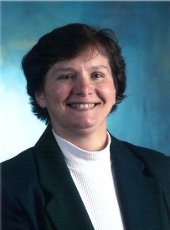 Monica is a member of the Society of Toxicology (SOT) and the American Society of Nephrology. She is President of the In Vitro Section of SOT. In addition, she has published over 70 professional publications and book chapters, and 100 abstracts. In 1991, she was named Professor of the Year at Marshall University. She is listed in Who’s Who in the World, 2001 and in New Providence Marquis Who’s Who, 2000.

In addition to her academic pursuits and interests, Monica is also very involved in the American Rose Society. She has acted as a Consulting Rosarian for the organization, and currently serves on their research committee. Currently, she is the Co-Chair for the Consulting Rosarian Program for the Colonial District (Maryland, Washington, D.C., West Virginia and Virginia).

Monica and her husband, Gary Rankin, make their home in Lavelette, West Virginia.