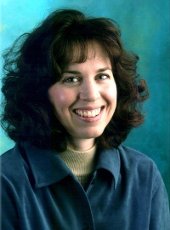 Jan received her bachelor's degree in forestry from Michigan Tech in 1981. She received a master's in agronomy, 1984 and a PhD in forestry, 1991 from Iowa State University. During 1985-86 Jan was a research assistant in soil mineralogy at the Institut National pour la Recherche Agronomique in Versailles, France. During her education at Iowa State, she also served as a graduate research and teaching assistant.

Jan joined the Iowa State forestry department as an associate scientist in 1994, and became an assistant professor in 1998. She currently leads the Urban Forestry program at Iowa State. Her research interests include urban and community forestry, sustainable management of community forest resources, and establishment of trees transplanted into urban settings.

Jan is a member of a number of professional organizations: the Society of American Foresters, the International Society of Arboriculture, Gamma Sigma Delta, the Iowa Arborist Association, the Iowa Urban and Community Forestry Council, and the City of Ames Trees Forever.

She has been involved in the research and writing of numerous publications, most notably authoring a book titled Prairies, Forests, and Wetlands: The Restoration of Natural Landscape Communities in Iowa, published in 1992 by the University of Iowa Press.

Jan and her husband, Michael, live in Ames, Iowa with their two daughters.

From the 2001 Presidential Council of Alumnae Induction.