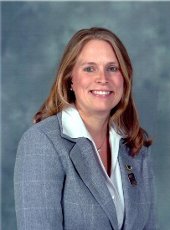 Suzanne, who was named 2009 Division II Central Region Athletic Director of the Year, served a five-year stint on the NCAA Division II Management Council from 2006–11. During that time, she was also the chair of the NCAA Student-Athlete Reinstatement Committee and member of other NCAA committees on strategic budget planning, championships and membership.

In addition to her NCAA work, Suzanne has functioned as the chair of both the Great Lakes Intercollegiate Athletic Conference Management Council and the Western Collegiate Hockey Association Executive Committee along with numerous other panels within each league.

Suzanne was instrumental in the addition of women's soccer as Tech's 14th varsity sport in 2010. The program experienced immediate success, earning a share of the 2012 GLIAC title and making NCAA Tournament appearances in 2013 and 2014.

Suzanne's leadership has also been substantial in the completion of nearly $10 million worth of capital improvement projects to every one of Tech's athletic venues. The MacInnes Student Ice Arena has been upgraded with a video scoreboard (2013), ice plant (2012), suites (2009) and seating (2006). The SDC Gymnasium received new seating (2011), floor (2009) and scoreboard (2006). Sherman Field had synthetic turf and lighting installed in 2007. Gates Tennis Center court surfaces and roof were replaced in 2008. The Nordic Training Center has had continual upgrades including homologation and ski waxing building remodeling in 2005.

Suzanne took on additional responsibilities for oversight of the University's Recreation Department in 2011 and of Tech's Outdoor Adventure Program in 2016.

A veteran of working within Michigan Tech athletics, Suzanne started in 1993 in the equipment room. She moved to business manager, then to compliance coordinator and finally to assistant athletic director for business and NCAA compliance prior to taking over as AD.

In 2007 she was inducted into the Presidential Council of Alumnae in recognition of her many career achievements.

Suzanne is married to John B. Sanregret, who works as a commercial lender for The Miners State Bank. They reside in Hancock, Michigan, with their sons Matthew and Bradley.