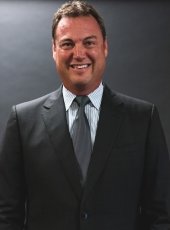 Michael Pulick grew up in Livonia, Michigan, with three siblings that all went on to become engineers after attending Michigan Technological University. He graduated from Michigan Tech in 1986 with the degree Bachelor of Science in Electrical Engineering. He later received the degree Master of Business Administration from the University of Chicago.

In 2015, Pulick joined the private equity firm Warburg Pincus as an advisor for the Industrial and Business Service sector. He currently serves on the Board of Directors for Wencor Group.

Throughout his career, Pulick has been passionate about exposing STEM students and professionals to business, financial and leadership experiences. Currently, he serves on the Dean’s Advisory Council for the Michigan Tech School of Business and Economics. Previously, Pulick served as a member of the Illinois Institute of Technology Board of Trustees and as a board member for Junior Achievement of Chicago.