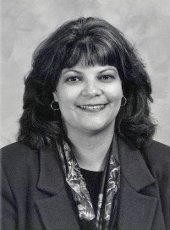 Shelley received her Bachelor of Science in Forestry from Michigan Tech in 1978. In 1983, she obtained a Bachelor of Science in Education from Central Michigan University, which included a student internship in Ashurst, England in 1982. Shelley has combined her degrees by working as an education coordinator for adult and children's programs at Dow Gardens, The Tyler Arboretum, and the Indiana DNR. She has been employed by the Indianapolis Zoo since 1991, as director of education for five years, then as director of special projects since July 1996. Shelley served as vice president for the Environmental Education Association of Indiana from 1993 to 1996, and is environmental chair for ZONTA International.

From the 1997 Presidential Council of Alumnae Induction.