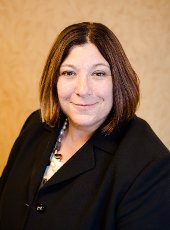 Career achievements include being selected as the juvenile defense attorney to serve at the Juvenile Justice Team-Based Seminar Training, entitled A Comprehensive Approach to Managing Youth Who Have Offended Sexually (2013). She was also selected to be a member of the team who won the Robert Weiss Award for Excellence in Creative Solutions for the Adoption Permanency Forums which was sponsored by the Department of Human Services Bay County Team. Further, Jan was a founding member and participant on the Juvenile Drug Court committee which creates policies and protocols for the Bay County treatment court which ensures the sobriety of youth (2010). In addition, she holds a Family Law Certificate (since 2008) and is a founding member and participant on the Bay County Family Treatment Court (FTC) team.

While at Tech, Jan achieved multiple honors, including Outstanding Young Women of America which was featured in Michigan Women Magazine as a top 20 Michigan college graduate, a Michigan Governing Board Association Award, three times Michigan Tech Leadership Scholarship recipient and was a Who’s Who among Students in American Colleges/Universities. She was also a member of the Alpha Xi Zeta sorority. Jan was President of Undergraduate Student Government in 1987, Vice President in 1986, and was the Freshman Class President. She was also a student liaison to the Michigan Tech Board of Control. She was a member of the Athletic Council, Film Board, and the played the French horn in the Husky Pep Band.

Jan and her husband Robert of 20 years have two daughters, Cate and Jayce, and reside in Essexville, Michigan.