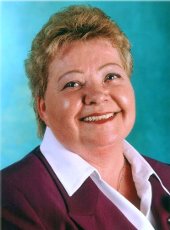 Susan (Sue) Michaelson earned a BS degree in Business Administration from Michigan Technological University in 1973. She continued her education at Marquette University where she earned a Master of Arts degree in Education with an emphasis in counseling and organization development in 1994.

Sue began her professional career in 1973 as a Real Estate Specialist in the Land Management Department at Cleveland-Cliffs Iron Company in Ishpeming, Michigan. In 1974, she started working for Michigan Tech as an Admissions Counselor in lower Michigan, a position she held until 1979. She then worked as a Human Resources Supervisor of College Relations and Training at Ladish Co., Inc. in Cudahy, Wisconsin until 1983, when she accepted a position at Marquette University.

At Marquette University, Sue was responsible for the Engineering Cooperative Education (Co-op) program, and oversaw part-time and summer internships, Honors Convocation, outreach to the community, and graduation ceremonies; was the editor of the college’s electronic newsletter; and participated in the college’s recruiting activities. In addition, Sue was a member of the College of Engineering Administrative Council.