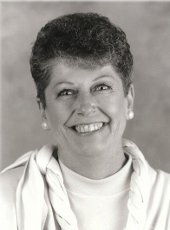 Ann completed a B.A. in Liberal Arts (STC) at Michigan Tech in 1981. Previous to this, she attended St. Joseph's Hospital School of Nursing and Northern Michigan University. Between 1964 and 1979, she was Assistant Manager of Twin City Style Shop, as well as owner of Robert's Mobile Homes and Robert's Roofing and Siding in Calumet MI. Ann was a Paramedic and Registered Nurse in Laurium, Michigan and in 1979 became Emergency Services Director for Keweenaw County. Ann was the Records Manager for the Commercial Flight Systems Operation at Honeywell Inc. She was also responsible for both customer and internal training materials and programs. As a technical writer for the Education Company of Control Data Corporation, she documented methods of installing and maintaining CYBER mainframe computers and maintained an online user reference manual for programmers. Ann is currently co-owner of Office Tenders Inc of Chassell MI. She has spoken at Michigan Tech for the Society of Technical Communications, Twin Cities Chapter of ARMA, the 35th Annual ARMA International Conferences, the Greater Houston Chapter of ARMA, and the Commercial Flight Systems Group. Ann served on the Alumni Association Board of Directors and as a Gold Carpet Network Volunteer. Ann was also the first female licensed paramedic in the State of Michigan. She is a member of the National Scientific and Technical Communications Society. During her stay at Michigan Tech, Ann was a freelance writer for the LODE.