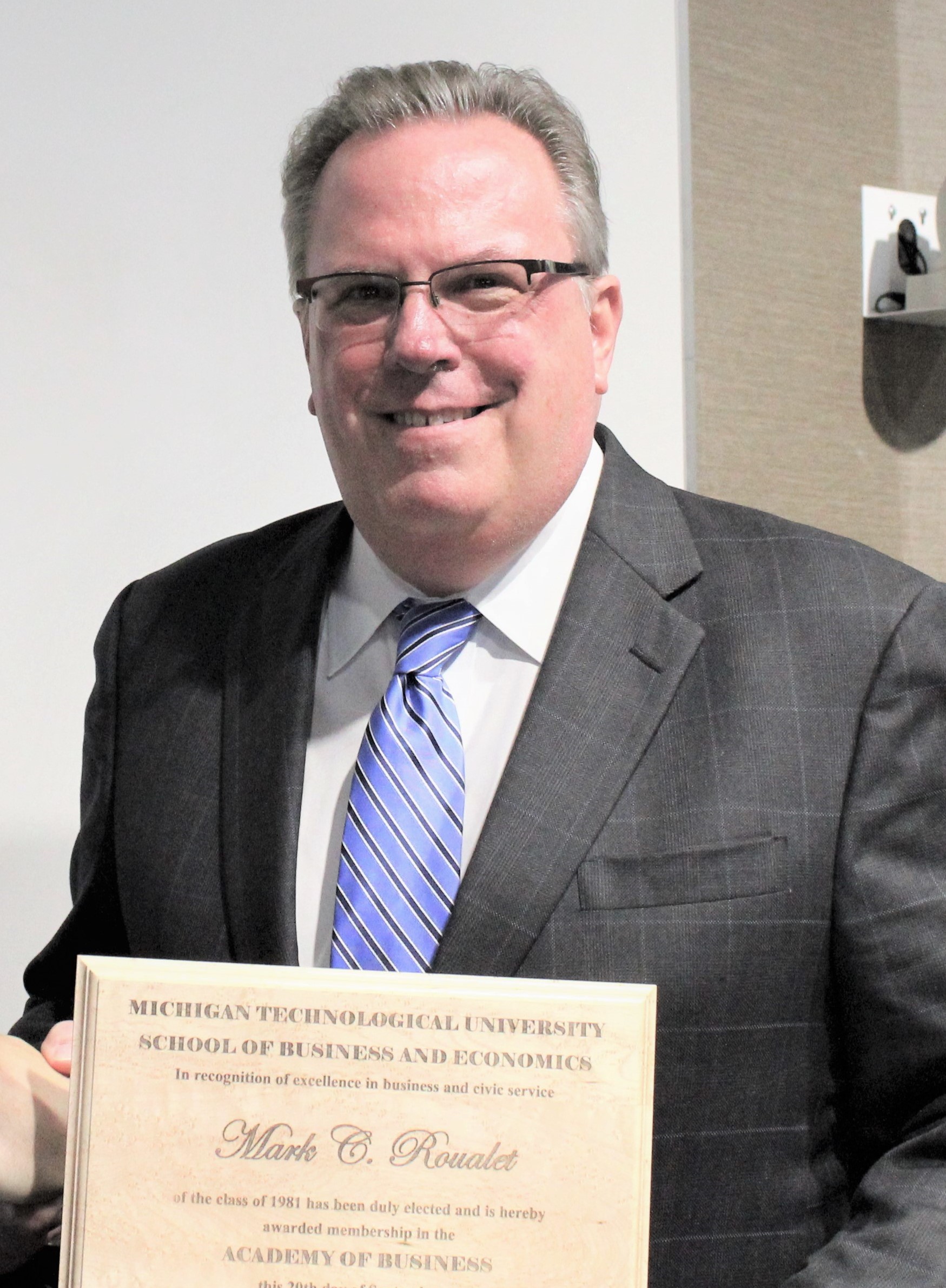 Mark was named executive vice president of General Dynamics in March 2013. He is responsible for the company's Combat Systems group, which includes three companies: European Land Systems, Land Systems and Ordinance and Tactical Systems. He was appointed vice president of the corporation in October 2008.

He was recognized in 1993 by Crain's Detroit Business Magazine as one of their "40 Under 40" executives, which is an annual acknowledgement of the top 40 executives under 40 years old in the state of Michigan. In 2010, he was awarded the Silver Star by the National Defense Industrial Association. In 2019, Roualet was elected to the Council of Trustees for the Association of the United States Army, a non-profit educational and development association serving America's total Army, our soldiers, Army civilians, and their families.