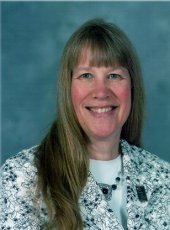 Cynthia Manninen Kring graduated from Michigan Tech in 1978 with a bachelor’s degree in Biological Sciences. She continued her education at Michigan State University, earning a Doctor of Osteopathic Medicine degree in 1981.

Cindy is currently a family practice physician with Kalkaska Family Practice in Kalkaska, Michigan. Following her internship at Mt. Clemens General Hospital, she moved to Wisconsin where she was in general practice in both Green Lake and Montello. She then returned to Michigan where she worked part-time at Dexter Village Family Physicians while her husband completed his anesthesiology residency at the University of Michigan. Following this, it was back to Wisconsin where she worked part-time for various practices. They then moved back to Michigan where she completed her family practice residency at Traverse City Community Hospital and then worked part-time at Elk Rapids Family Practice.

For several years Cindy chose to practice medicine on a part-time basis so she could devote much of her time to raising three children. She was active in youth hockey in Traverse City where she served as Executive Vice President on the Grand Traverse Hockey Association Board of Directors and also served on the Board of Directors for the Mt. Holiday Ski and Recreation Area. With her daughters, Cindy was involved with the Girl Scouts of America as a Troop Leader. Along with all these activities, Cindy also served on the Board of Directors of the Women's Golf Association at Grand Traverse Resort, and she currently plays on a women's house hockey team in Traverse City.

Cindy was very involved with campus life while at Michigan Tech, serving on the Student Council, the Memorial Union Board, the University Long Range Planning Committee, and the Michigan Tech President Search Committee. She was also a member of the Pep Band, Blue Key Honor Society, ROTC Drill Team, and the Delta Zeta Sorority, where she served as President. She has continued her relationship with Michigan Tech throughout the years by serving on the Alumni Association Board of Directors and, currently, as Vice President of the Michigan Tech Northwestern Michigan Scholarship Program.

Cindy and Donald live in Williamsburg, Michigan, with their children, Donald III, Molly and Emily.