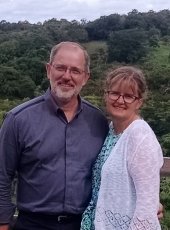 After graduation, Karl joined Fanuc Robotics to design industrial robots for the automotive industry. He returned to his studies, in business this time, at the University of Michigan where he became a Henry Ford Scholar, graduated first in his class and earned his MBA in 1993. After a few years working in the business world, Karl helped start Peninsula Capital Partners, an investment company, where he works to this day. His diverse background in engineering and business allows him to assess both the financial and operational aspects of an investment opportunity. He is a licensed professional engineer, speaks fluent German, and is a member of the CFA (Chartered Financial Analyst) Institute, a global association of investment professionals. He is also an active member in his church and frequently serves as a lay minister.

Over the course of the last decade Karl and Chris have helped fund one of the largest mission movements in history, and funded ministries ranging from Christian bands to missionaries and evangelists.

Between 2013 and 2014, the LaPeers and their children, working through the Angel House initiative, funded the building of three Angel House Orphanages (25 children each) and two freshwater wells in India. Angel House is “a focused rescue initiative for abandoned orphans and trafficking victims throughout India and Southeast Asia.” In May 2013 Karl, Chris, and their daughter Elayna dedicated an orphanage; in December 2013 an orphanage and village well was dedicated by their daughter Heather; and in December of 2014 and orphanage and village well were dedicated by their son Nate.

The LaPeers served as part of the 1Nation1Day (1N1D) 2015 mission outreach in the Dominican Republic as part of a team of over 2,000 foreign aid workers providing pairs of shoes to children, distributing meals, training business leaders, and providing clean water. During this time Chris also worked in medical clinics around the country treating patients for free, while Karl and their daughter Elayna led the campaign’s University Forum program where 5,600 university students were empowered in 38 forums led by 33 business leaders from around the world.

In Nicaragua in 2017 (1N1D) Karl and Chris were part of a team of 2,800 foreign aid workers in which 8,941 people were treated for free at eight medical clinics, 270,000 meals were distributed, 438 small homes were built, 1,220 business leaders were trained, 16,000 people were provided with clean water, over 100,000 primary school students were given hope in school assemblies, 6,111 women were empowered at conferences, and 3,600 attended pastor conferences. Karl and Chris also headed the 1Nation1Day team in the department (state) of Boaco.