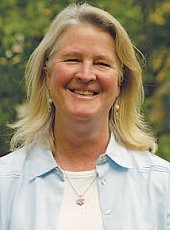 Peg has authored numerous publications, technical reports, presentations and abstracts and has co-authored and edited two books, Forest Soils Research: Theory, Reality and its Role in Technology Transfer in 2005 and Northern Forested Wetlands: Ecology and Management in 1997. She has mentored 29 graduate students, including seven PhD students. She is a member of several professional organizations such as the Society of American Foresters where she served on the Reauthorization of Clean Water Act Task Force, the Society of Wetland Scientists, and the Soil Science Society of America.

Peg is a member of the Board of Trustees of Trees for Tomorrow—Watersmeet, serves on the Education and Outreach Committee for the Society of Wetland Scientists, is on the Board of Review for the Master Logger Certification, and is on the Forest Management Advisory Committee for the State of Michigan. Previously, she was Secretary of the Ecology Working Group for the Society of American Foresters and Book Editor for Forest Ecology and Management Journal. She has also served on the Michigan Department of Natural Resources Water Quality Review Committee.

At Michigan Tech, Peg is a member of the Alumni Association Board of Directors. In 1990 she was the recipient of the Distinguished Teacher Award, nominated by students in the School of Forest Resources and Environmental Science program.

Active in the community, Peg has served as a volunteer for both the Little Brothers/Little Sisters organization and the Isle Royale Institute. Peg and her husband Chris (Michigan Tech ‘76) have a daughter, Jessica, and they reside in Calumet, Michigan.

From the 2006 Presidential Council of Alumnae Induction